For his Nonesuch debut, Grammy Award-winning trumpet player Nicholas Payton focuses on originals that are soulful, pensive, and romantic; he also offers his first vocal performance on disc. The Guardian (UK) praises his “incisive creative intelligence.”

Nicholas Payton’s new album Into the Blue—the renowned trumpet player’s first album for Nonesuch—follows a string of acclaimed recordings including his 1997 Grammy-winning collaboration with the legendary Doc Cheatham, Doc Cheatham and Nicholas Payton.

Payton, whom the New York Times calls “abundantly gifted,” was dubbed one of the “young lions of jazz” by jazz critics early in his career. He has gone on to become a versatile voice and respected multi-instrumentalist and composer known for stretching jazz’s boundaries. Over a career spanning eight albums and more than 100 recordings as a composer, arranger, special guest, and sideman, Payton has built a reputation for his explorations grounded in jazz tradition.

Into the Blue is his first to be recorded in his hometown of New Orleans, a personal and musical foundation for Payton. He says, “I feel like this work is an amalgam of every recording I’ve done up until now. In my early recordings, I was developing my voice by addressing the lineage and continuum of jazz music while my last release Sonic Trance was an effort to break free from it. With Into the Blue, the approach and the ideas have become more singular and cohesive. I had no agenda in terms of a specific genre or style, only to be true to who I am now.”

For Into the Blue, Payton is joined by cast of notable sidemen, including Marcus Gilmore (drums), the young prodigy—and grandson of Roy Haynes—who has worked with Steve Coleman, Vijay Iyer, and Ravi Coltrane, among others. Vicente Archer (bass) is known for his work with a range of major jazz artists, from Kenny Garrett and Terence Blanchard to Eric Reed and Donald Harrison. The group also features Kevin Hays (piano and Fender Rhodes)—a veteran of groups lead by Sonny Rollins, John Scofield, and Benny Golson—and seasoned jazz and pop percussionist Daniel Sadownick

Nicholas Payton comes from a musical family where he began playing trumpet at age four. As a young trumpeter, he was encouraged by stalwarts Clark Terry and Wynton Marsalis. By the age of twelve he was performing internationally with the All Star Jazz Band. He toured with Marcus Roberts and Elvin Jones in the early `90s and released his first album with Verve Records, From This Moment, in 1994.  In addition to numerous recordings under his own name, Payton has toured and recorded with Ray Brown, Ray Charles, Dianne Reeves, Eddie Palmieri, Milt Jackson, and Jill Scott, among others. 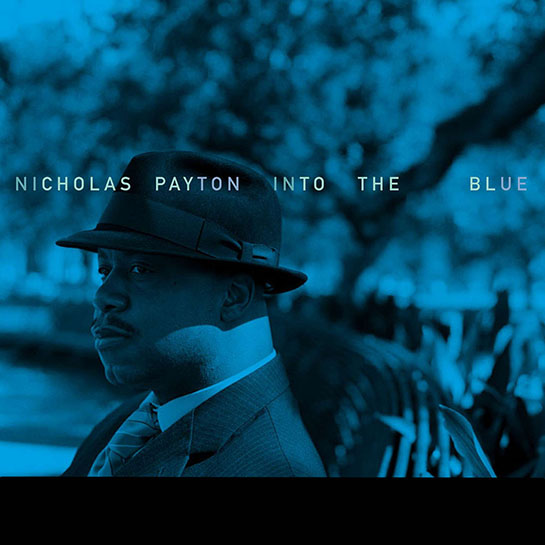