Caetano Veloso pays tribute to cinematic maestro Federico Fellini and his wife / leading lady Giulietta Masina on this live set. Songs were chosen, says Veloso, to evoke "this metaphysical feeling of a time gone by … similar to the feeling I also sense in their films."

Caetano Veloso’s longstanding love and admiration for the Italian cinema of the '40s, '50s, and '60s, and specifically for the poetry of the Giulietta Masina / Federico Fellini films, had been both documented in the Italian press and expressed through his music for many years. It was this sense of mutual affection, between Caetano and the Italian people, which led Fellini’s sister Maddalena Fellini, on behalf of the Fondazione Fellini, to invite Caetano to do a show in Rimini in homage to Federico and Giulietta. Maddalena told Caetano at that time that Giulietta had heard Caetano’s song for her, “Giulietta Masina,” and was very touched by it.

It was unfortunate that by the time the invitation came, while Caetano was mixing his 1991 album Circulado in New York City, Giulietta and Federico had died and their meeting in person would never be possible. The day Caetano arrived in Rimini was one that filled him with an overwhelming emotion, one that he said, "included sadness, and exalted pride, and a diffuse fear linked to the meaning of my life.”

The recording, made over the course of three evenings of live performances in October 1997, is a kind of musical journey through the world of Fellini in song. It was important to Caetano that the songs selected fell within the frame of his youth in Santo Amaro, where he first saw Fellini’s films and where he says he experienced, “this metaphysical feeling of a time gone by … similar to the feeling I also sense in their films.” 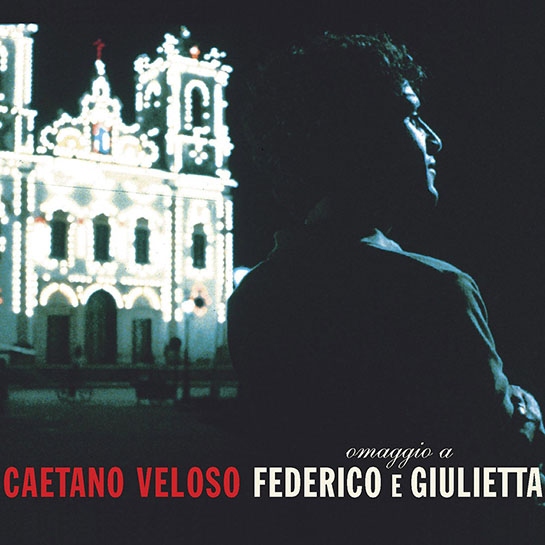