Peru: Kingdom of the Sun / The Inca Heritage

On a trip through Peru in 1968, musicologist David Lewiston made his way from the mountain community of Ayacucho to the Incan capital of Cuzco to the shores of Lake Titicaca, recording remote village fiestas and local musicians along the way: a local harp master, a panpipe ensemble, a rowdy band of guitar makers.

On a trip through Peru in 1968, musicologist David Lewiston made his way from the mountain community of Ayacucho to the Incan capital of Cuzco to the shores of Lake Titicaca, recording remote village fiestas and local musicians along the way: a local harp master, a panpipe ensemble, a rowdy band of guitar makers. Lewiston recalls:

The first serious recording I did during my ’68 sojourn in Peru was in the mountain community of Ayacucho. My constant companions there were the glamorous Ulli, professora of music at the university; Scottish Simon, who taught Latin; Sheila, who taught English; and two anthropologists—an Australian, John Earls, and Salvador Palomino, the first Quechua in his field.

Ulli was studying harp with Ayacucho’s best, Antonio Sulca, so she made sure I recorded him (tracks 1, 5 and 9). Our little group really liked the music of the Conjunto Mensajeros Dos de Mayo (named after the street on which they lived). Headed by Don Luis Camasco, they were guitar makers by day and musicians by night. Salvador insisted I record them, which I found rather difficult, because they were hard drinkers and I’m not. One evening they insisted I drink as much as they did, which meant that I couldn’t run the tape recorder, so Salvador had to take over (tracks 2, 6 and 7)! Nelly, the daughter of Don Luis was always around while we were recording, but she wouldn’t participate. I asked her father why. He explained that when she was small she had a really sweet voice, but the nuns told her it was a sin to sing, so she stopped. I told him in no uncertain terms what I thought of such “religious barbarism” and together we prompted the girl to sing. What came out (track 3, “Carrito Pasajerito”) was a voice harsh from disuse but full of spirit. Salvador also took me to his family’s house in Ayacucho, where he performed truly ancient songs with a cousin (tracks 10 & 12), and to the remote village of Chuschi, to attend the Corpus Christi fiesta.

One evening I remember my friends discussing the experiences of their students at the university, which was a major teacher-training establishment. When these young people went to remote schools for hands-on training, they found children literally dying of starvation. Some years later I learned that the Sendero Luminoso, the Maoist Shining Path guerilla movement, evolved in Ayacucho at that time.

From Ayacucho I traveled north, then southward again to Cuzco (the capital of the Inca Empire) and Paucartambo. In Puno on the shore of Lake Titicaca I had the good fortune to meet the Sicuris Juventud Obrera (Young Workers Siku Ensemble), a sizable ensemble consisting of 16 men playing the traditional panpipes (siku in Aymara, antara in Quechua) and two drummers playing bombo and caja (tracks 4 and 11).

Recorded in Peru by David Lewiston 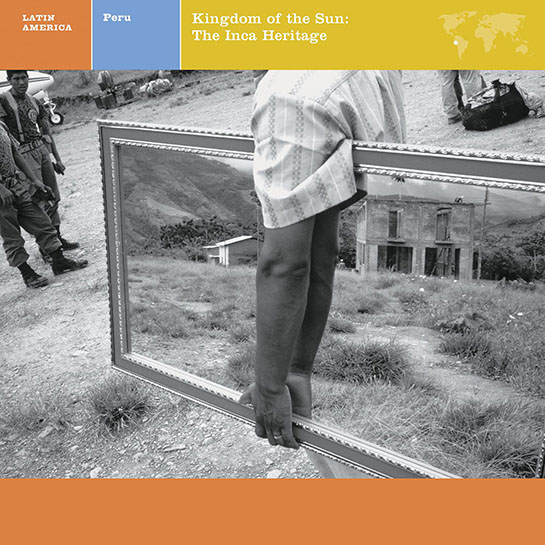