Michael Feinstein, one of the premiere interpreters of American popular song, has been a household name since the success of his 1988 one-man Broadway show, Isn’t It Romantic. He enjoys an active performance calendar, including major concert halls, symphony orchestras, intimate jazz clubs, and college campuses. More than a mere performer, he is nationally recognized for his commitment to the American popular song, both celebrating its art and preserving its legacy for the next generation.

In 2003, Michael received his fourth Grammy Award nomination for his Concord release, Michael Feinstein with the Israel Philharmonic Orchestra, his first recording with a symphony orchestra. The year before, Rhino/Elektra released The Michael Feinstein Anthology, a two-disc compilation spanning the years 1987 to 1996, featuring old favorites and previously unreleased tracks. He hosted and produced The Great American Songbook, a PBS special and DVD set from Warner Brothers Home Video that traces the history of popular music in America. The program, which debuted at the Palm Springs Film Festival, was released in 2007.

Michael started playing piano by ear when he was five. As a teenager, he played at weddings and parties in Columbus, Ohio. After graduating from high school, he worked in local piano lounges for two years, moving to Los Angeles when he was 20. Through the widow of legendary concert pianist-actor Oscar Levant, he was introduced to Ira Gershwin in July 1977. He became Gershwin’s assistant for six years, granting him access to numerous unpublished Gershwin songs, which he has since performed and recorded.

Gershwin’s influence provided a solid base upon which Mr. Feinstein has not only evolved into a captivating performer, composer, and arranger of his own original music, but has also become an unparalleled interpreter of music legends such as Irving Berlin, Jerome Kern, Johnny Mercer, Duke Ellington, and Harry Warren.

Through his live performances (from Hollywood Bowl to Carnegie Hall), recordings, film and television appearances, and his songwriting (in collaboration with Alan and Marilyn Bergman, Lindy Robbins and Carole Bayer Sager), Feinstein has been an important musical force for years. The Library of Congress recently elected Michael to the exclusive National Sound Recording Advisory Board. He and other industry leaders recently met in Washington, DC, for a forum on safeguarding America’s musical heritage. 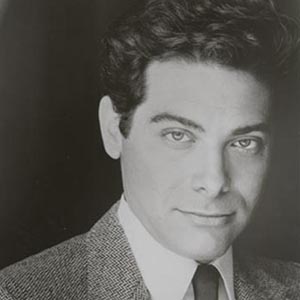