Born in Tokyo in 1955, by her mid-teens Akiko Yano was already playing piano in jazz clubs, and at age 18 had made a name for herself on the Tokyo studio players circuit. Her recording debut came in 1976 with Japanese Girl. Unique in its fusion of traditional Japanese elements with a basic rock lineup, most of the instrumental support came from the American band Little Feat, arguably at the height of their popularity. She has since recorded 19 albums.
Yano has long been at the forefront of Japan’s musical life, producing and recording albums, touring throughout the country and collaborating with artists ranging from the English band Japan to traditional Japanese drummers. Her world tours with the Yellow Magic Orchestra in 1979 and 1980, brought her international attention and spawned a collaboration with keyboard player Ryuichi Sakamoto, whom she married in 1982. Yano recorded the classically-oriented Brooch in 1985 with pianist Yuji Takahasi. Sung in English, this collection included works by Stravinsky, Debussy and Schubert, among others.

Ever curious and adventurous, Yano also established several innovative presentations in her native Japan. The “Delivery Concerts,” which she performed from 1982 through 1987, sprang from the recognition that underprivileged and far-flung communities had limited opportunity to hear concerts. Yano therefore agreed to take time out from her high profile bookings to perform for a nominal fee in gymnasiums, churches and other non-traditional venues. These performances served as the basis for a music video, one of several nationally distributed videos featuring the artist.

Yano made her Nonesuch debut in 1991 with a self-titled album that LA Weekly described as music which “expands and contracts, coos and rocks, bustles and blooms, and Yano’s singing becomes so glued into her own spiritualized presentation of change that she stops sounding as though she’s performing in Japanese.” Love Life, her second Nonesuch release, draws its appeal from Yano’s unique musical orientations: jazz piano, classical singing, Japanese atmospheric elements and pop instrumentation. Guitarist Pat Metheny, bassist Charlie Haden, and Sakamoto on synthesizers, joined her on the album, which combines exceptional musicianship, vocals and electronic music. “The confident mastery of technology is on par with Stevie Wonder and Herbie Hancock,” the LA Weekly said of the release.

“Yano is a world class songwriter with a clear, gentle, wied-ranging voice. She is also an accomplished, endearing performer who might be a Japanese colleague of Carole King, Joni Mitchell and Meredith Monk,” said Jon Pareles of The New York Times. On her third Nonesuch release, Piano Nightly, Yano offers that same kind of intimate, confessional songwriting, inflected with a delicate Orientalism. In addition to her own songs, one a collaboration with Metheny, the album’s 15 selections include several covers of well-known Japanese ballads from the past 20 years, as well as a lyrical reworking of the Young Rascals’ popular hit “How Can I Be Sure.”

Twenty years and nearly 20 albums after her recording debut, the veteran of Japan’s popular music scene now lives in New York, where she continues to write, record and perform at venues such as the Blue Note, Kitchen and Knitting Factory 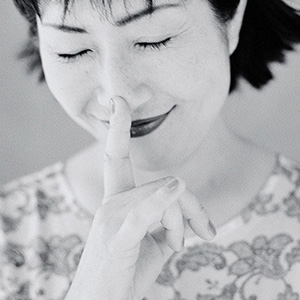