Composer, producer, pianist, and singer Allen Toussaint's work as composer, producer, arranger, and performer, especially in the '60s and '70s, helped shape the sound of R&B, soul, and funk as we know it today. On The Bright Mississippi, his Nonesuch solo debut, Toussaint reinterpreted the songs popularized or written by such New Orleans native sons as Louis Armstrong, Sidney Bechet, and Jelly Roll Morton, and such fellow travelers as Django Rheinhardt, Duke Ellington, and Thelonious Monk. American Tunes, his final recording, features both solo piano recordings and others made with musicians including Rhiannon Giddens. There are works by Toussaint, Ellington, Professor Longhair, Fats Waller, Paul Simon, and others.

"Allen Toussaint brought New Orleans to the world," declared Paul Simon, a longtime friend and collaborator, after the 77-year-old artist passed away on November 9, 2015, "and he left before he could bless us with the complete genius of his music."

In its obituary, the New York Times observed, "In concert, in the studio or around his beloved New Orleans, Mr. Toussaint was a soft-spoken embodiment of the city's musical traditions, revered as one of the master craftsmen of 20th-century American pop."

Toussaint suffered a fatal heart attack shortly after completing a concert in Madrid, Spain, only weeks after completing American Tunes, his second Nonesuch album. The title was derived from the Paul Simon song that closes the album, featuring Toussaint's sole vocal performance on a largely instrumental set. That was the last track cut in the final session for the disc. It's a stately, bittersweet finish, a more than 40-year-old song about resilience and survival that feels utterly contemporary and gains extraordinary eloquence through Toussaint's tender and knowing vocal.

American Tunes is the unexpected end to a journey that began for Toussaint in the wake of Hurricane Katrina in 2005. He was already an artist of inarguably legendary status, albeit one whose influence existed largely behind the scenes—as a songwriter, arranger, producer, and studio owner. Toussaint helped to shape the sounds of R&B, soul, and funk as we know them today, bringing an easygoing charm and humor to his repertoire, along with seductive, percolating rhythms, indigenous to New Orleans, the city he always called home. Artists like Simon, Paul McCartney, the Band, Little Feat, and Robert Palmer made pilgrimages to New Orleans to work with him or invited him to their studios to employ his arranging and producing skills. Performers like Dr. John, Labelle, the Pointer Sisters, Irma Thomas, Lee Dorsey, and the Meters enjoyed some of their greatest successes with Toussaint behind the boards. And listeners all over the world can thank him for such songs as "Yes We Can Can," "Working in a Coal Mine," "Southern Nights," and "Fortune Teller," an R&B tune worshipfully covered by the young bands of the '60s British Invasion, including the Rolling Stones. Toussaint instrumentals "Java" and "Whipped Cream" put horn players Al Hirt and Herb Alpert, respectively, on the charts.

"Allen and I worked together starting in 1961," recalls veteran R&B singer Irma Thomas, "and he was like a young mentor to all he worked with. He rehearsed us in his parents' living room and we were very ready when the recording sessions came due. He often said that when he wrote songs, he had my voice in his head. You can't imagine how honored I felt to hear that from a musician of his caliber and stature. His genius will live with me for the rest of my life because the songs he wrote for me are becoming standards in our city or, I could say, the world."

"I'm sure he is thanked by a lot of people from New Orleans and around the world for helping them in their careers," says singer Aaron Neville. "He was a great person and a great writer and a great producer. But most of all he was a gentlemen. And will be missed by the music world. My heart is sad. His family is in my prayers."

Like so many New Orleans residents, Toussaint lost his home, as well as his studio, in the devastation of Katrina. But the tragedy gave Toussaint, who temporarily relocated to New York City, the resolve to be a voice for New Orleans, its culture, and its music. As he put it, "I accepted it not only as a drowning but as a baptism." When President Barack Obama awarded Toussaint the National Medal of Arts at a White House ceremony in 2013, he noted, "Allen has devoted his musical talent to lifting up and building up a city. And today, he's taking the stage all over the world, with all kinds of incredible talent, doing everything he can to revive the legendary soul of the Big Easy."

Toussaint began his association with Nonesuch Records after contributing music to Our New Orleans, a benefit album that Nonesuch quickly assembled in fall 2005 to aid hurricane victims on the Gulf Coast. To open the set, Toussaint cut a version of "Yes We Can Can" with Joe Henry, who would go on to produce Toussaint's 2009 Nonesuch debut, The Bright Mississippi, as well as American Tunes. Henry also produced Toussaint's post-Katrina collaboration with Elvis Costello, The River in Reverse, an effort that helped reintroduce audiences to Toussaint as a performer and songwriter. Henry says in the liner notes to American Tunes, "Allen was a quiet radical, musically speaking, and a prince of sublime humility, national royalty if this troubled country has ever known any such thing."

The Bright Mississippi focused on Toussaint as a piano interpreter, looking past his own legacy to consider the songs of his forebears, the jazz greats of the early 20th century. The Boston Globe praised the results, calling them "coolly sophisticated, an unfussy, mostly instrumental set of slink-and-slide joints shot through with a harmonic imagination that turns even a traditional hymn into an after-hours swing … Toussaint's musical soul guides all, making the classics sound like his own." Henry captured him solo or in small combo settings, with such players as saxophonist Joshua Redman, trumpeter Nicholas Payton, fellow pianist Brad Mehldau, and drummer Jay Bellerose.

As Henry says, while The Bright Mississippi was "elegant and almost classical in its approach, American Tunes is visceral and earthy." Guests include singer Rhiannon Giddens on a spare but swinging version of Duke Ellington's "Rocks in My Bed" and the stirring "Come Sunday," and pianist Van Dyke Parks, who sits in with Toussaint on an interpretation of 19th-century New Orleans composer Louis Moreau Gottschalk's "Danza, op. 33" and an instrumental version of Toussaint's own "Southern Nights." The set is divided between solo pieces, recorded in 2013 at Toussaint's studio in New Orleans, and small-combo tracks cut in Hollywood shortly before Toussaint's passing. Bassist David Piltch and drummer Jay Bellerose serve as his rhythm section, and guitarist Bill Frisell, pedal steel player Greg Leisz, and saxophonist Charles Lloyd also play on these final sessions.

In his liner notes, New Orleans author Tom Piazza, the lead writer on HBO's post-Katrina drama Treme, says, "It is the treatment of the material here that may come as a surprise to AT's listeners. He treats some of Professor Longhair's best-know tunes as etudes, underplayed and thoughtful rather than the house-rockers we thought we knew. On the other hand, well-chosen jazz gems such as Fats Waller's 'Viper's Drag' and Earl Hines's 'Rosetta' are seasoned with an unmistakable New Orleans tinge."

Bonnie Raitt concurs: "Allen Toussaint is one of the most important influences in the history of American music. As heartbreaking as was his premature passing, it is an incredible blessing to have this exquisitely conceived and performed collection of lesser known American classics: they allow the perfect hothouse setting for the unique eloquence and absolute brilliance of Allen's playing. What a glorious tribute to one our most treasured and indelible musical legacies."

American Tunes was clearly intended as yet another chapter in the remarkable, continually evolving career of Allen Toussaint, who was entertaining audiences up to the very last. The album is not an elegy for this master. As Henry says, "It sounds like a living thing and in it I feel Allen's spirit vibrant and undiminished. So, in the end, I choose to feel, as I think Allen would insist, more grateful than sorry." 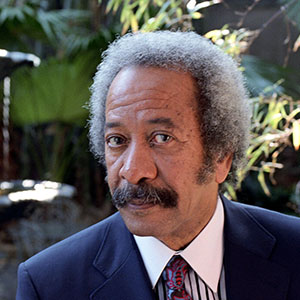 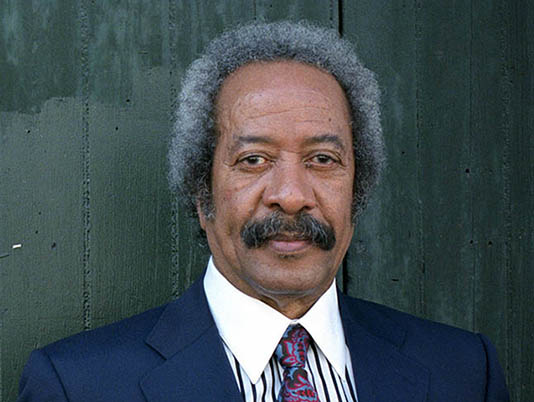