Don Byron has been consistently voted best clarinetist by critics and readers alike in leading international music journals since being named “Jazz Artist of the Year” by DownBeat in 1992. Continually striving for what he calls "a sound above genre," Byron has created a unique musical aesthetic in a wide range of contexts over the years.

Born and raised in the Bronx, Byron was exposed to a wide variety of music at home by his father, who played bass in calypso bands, and his mother, a pianist. His taste was further refined by trips to the symphony and ballet and by many hours spent listening to Dizzy Gillespie, Miles Davis, and Machito recordings. Byron formalized his music education by studying classical clarinet with Joe Allard while playing and arranging salsa numbers for high school bands on the side. He later studied with George Russell in the Third Stream Department of the New England Conservatory of Music and, while in Boston, also performed with Latin and jazz ensembles.

An integral member of New York's cultural community for decades, Byron has taken part in an extraordinarily wide range of projects. For four seasons, Byron served as artistic director of jazz at the Brooklyn Academy of Music, where he curated a concert series for the Next Wave Festival and premiered his children’s show, Bug Music for Juniors (formerly Tunes and ‘Toons). Other projects include arrangements of Stephen Sondheim's Broadway musicals; There Goes the Neighborhood, a piece commissioned and performed by the Kronos Quartet; original scores for the silent film Scar of Shame and a 1961 comedic television episode by Ernie Kovacs. He wrote and performed music for the Bebe Miller Dance Company and was featured in Robert Altman's movie Kansas City and the Paul Auster film Lulu on the Bridge. A residency at the Library of Congress featured his Fine Line band; the premiere of Slip, his composition for violin and piano commissioned by the McKim Foundation; and a lecture about music in films.

As artist-in-residence at Symphony Space in New York City, Byron created Contrasting Brilliance: The Music of Henry Mancini and Sly Stone in 2000. There he also collaborated with choreographer Mark Dendy on Face the Music and Dance, worked with young people through the Curriculum Arts Program, participated as a featured performer in Wall to Wall Miles Davis, and developed new programs for future seasons.

Byron’s ensembles include Music for Six Musicians, a new quintet with drummer Ralph Peterson, a sextet dedicated to early Ellington that he calls “Jungle Music for Post-Moderns,” and Bug Music / Bug Music for Juniors. During Martin Luther King Jr. Day 2001 festivities, he performed as a featured soloist with the Atlanta Symphony for NPR’s Performance Today. In May 2001, he was given his own festival at the Konzerthaus in Vienna, where he performed three concerts, one of them dedicated to rare chamber works by his musical hero, Igor Stravinsky. 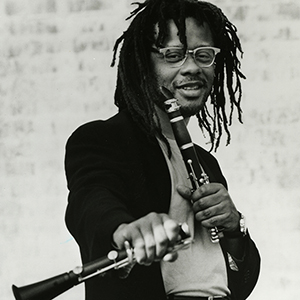