Born in Westfield, Massachusetts in 1938, Frederic Rzewski studied music first with Charles Mackey of Springfield, and subsequently with Walter Piston, Roger Sessions, and Milton Babbitt at Harvard and Princeton Universities. He went to ltaly in 1960, where he studied with Luigi Dallapiccola and met Severino Gazzelloni, with whom he performed in a number of concerts, thus beginning a career as a performer of new piano music. Rzewski's early friendship with Christian Wolff and David Behrman, and, through Wolff, his acquaintance with John Cage and David Tudor, strongly influenced his development in both composition and performance. In Rome in the mid 1960s, together with Alvin Curran and Richard Teitelbaum, he founded the MEV (Musica Elettronica Viva) group, which quickly became known for its pioneering work in live electronics and improvisation. Bringing together both classical and jazz avant-gardists like Steve Lacy and Anthony Braxton, MEV developed an aesthetic of music as a spontaneous collective process, one that was shared with other experimental groups of the same period such as Living Theatre and the Scratch Orchestra.

The experience of MEV can be felt in Rzewski's compositions of the late sixties and early seventies, which combine elements derived equally from the worlds of written and improvised music (Les Moutons de Panurge, Coming Together). During the seventies he experimented further with forms in which style and language are treated as structural elements; the best-known work of this period is The People United Will Never Be Defeated!, a 5O-minute set of piano variations.

A number of pieces for larger ensembles written between 1979 and 1981 show a return to experimental and graphic notation (Le Silence des Espaces Infinis, The Price of Oil), while much of the work of the 1980s explores new ways of using twelve-tone technique (Antigone-Legend, The Persians). A freer, more spontaneous approach to writing can be found in more recent work (Whangdoodles, Sonata). Rzewski's largest-scale work to date is The Triumph of Death (1987-8), a two-hour oratorio based on texts adapted from Peter Weiss's 1995 play Die Ermittlung (The Investigation).

In 2002, Nonesuch Records celebrated Rzewski’s distinctive body of work with the release of a 7-CD, 25-year retrospective of the composer’s piano-based work, Rzewski Plays Rzewski: Piano Works 1975-1999. The discs feature all new recordings performed by the composer of such classic works as The People United Will Never Be Defeated! and De Profundis, a dramatic work incorporating the Oscar Wilde letter to Lord Alfred Douglas, spoken by the pianist. Also included are Mayn Yingele, inspired by the verse of Morris Rosenfeld, poet of the New York sweatshops; the Piano Sonata, with variations on “L’Homme Armé”; the Fantasia; and four of eight parts of The Road, a seven-hour work he had been assembling since 1995, conceptualized as being “like an epic Russian novel in the tradition of Tolstoy or Dostoyevsky.” 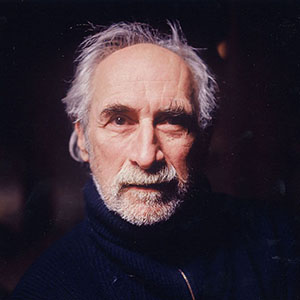