Gaby Kerpel was born and raised in Buenos Aires, Argentina, where he was influenced by his brother Anibal’s love for music from a very young age. As a boy, Kerpel learned to play piano and, later in his youth, played keyboards in several groups. He also studied harmony, improvisation, and classical music, but later realized that those established genres were not where his interests laid. In 1985, he met members of La Organizacion Negra, a theater group that was working on a unique type of play, for which they asked him to compose the music. In order to create a sound that matched the singularity of the show’s other components, Kerpel began looking at music from different vantage points, learning to utilize technology as a creative and personal tool. He composed for and performed with La Organizacion Negra for seven years, during which he also collaborated on many other cross-media projects, including video, dance, and film.
In 1993, when La Organizacion Negra dissolved, two of the members formed a new group called De La Guarda and asked Kerpel to continue working with them. Shortly thereafter, Gaby’s brother Anibel and his partner, Nonesuch artist Gustavo Santaolalla, visited Buenos Aires and began working with De La Guarda on a CD, which was released by Island Records in 1995. Santaolalla, who has been a force in Latin American music since the 1960s, also produced Carnabailito and has become an invaluable mentor and sounding board to Kerpel. Carnabailito is the third Nonesuch project with which Santaolalla has been involved; he co-produced Kronos Quartet’s Nuevo, released last year and released his own solo recording, Roncoco, a few years ago. One of a small group of musicians who created the hugely popular “Argentine Rock” movement, Santaolalla and also is acclaimed as a bandleader (Arco Iris, Soluna, Wet Picnic), solo artist (Santaolalla, GAS), and record producer (Café Tacuba, Molotov).

Throughout the late 1990s, Kerpel toured the world, performing live with De La Guarda’s hugely popular show (now in its fifth year at New York’s Daryl Roth Theatre), while simultaneously composing most of the material for his own record. Carnabailito was released independently in Buenos Aires in November 2001; Nonesuch Records will release the album worldwide in August 2003. Kerpel produced a second De La Guarda album with the British composer and DJ Howie B.—another mentor—in 2001. He currently is living in New York City and preparing to perform the songs from Carnabailito live in concert. 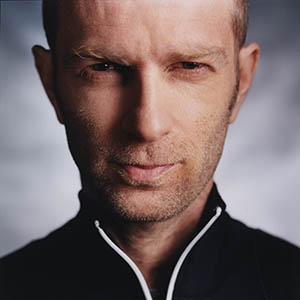