Macon was arguably as seminal a figure in the evolution of American music as Jimmie Rodgers, his place in the pantheon affirmed by Ken Burns’ recent country documentary series. In the early twentieth century, the Tennessee native was a major star, one of the earliest regulars on the Grand Ole Opry. Born in 1870, Macon built a repertoire of music from the latter part of the nineteenth century and revived it for the early twentieth century ears: minstrel show and vaudeville tunes, folk songs, and spirituals, gleaned from fellow travelers both Black and white.

Cooder explains his introduction to this music: “My dad would play the banjo a lot and he would sing a couple of these tunes. I gathered from him he had heard Pete Seeger play Uncle Dave’s songs and that Seeger was a big proponent of his music. There was one song in particular, ‘Morning Blues,’ that I remember being drawn to as a little boy.”

Years later, as an adult, he reconnected with Macon’s music: “I would bring my daughter to my parents’ house and my dad would play the banjo, and that’s when I heard ‘Morning Blues’ again. By this point, I had been playing the electric mbira for a long time: I’d made a record with it and it’s what I play on tour. There was something very modal about either banjo music in general or how my dad was playing that one song, so I picked up the mbira and just started playing with him.” He continues, “There was a vague otherworldly quality to it. I thought, ‘I want to play these songs this way.’ I’m not a banjo player so I couldn’t come at it in a purist standpoint. I started listening every morning; I would put on a box set of Uncle Dave’s music and my daughter and I would listen to it. She in a way was the director of the project, insisting upon certain songs that we would listen to over and over again. Then I started changing the lyrics around with her in mind.”

“When I started the project I didn’t know much of the derivation of Uncle Dave’s songs. But I eventually realized he was a collector or even curator of the songs he heard around him, like Alan Lomax, repurposing and reinterpreting them for a new audience. And that was what I was doing with his songs without realizing it—reimagining and rewriting them. We were doing a similar thing in a way,” he concludes.

Joachim Cooder has been a sought-after percussionist for two decades now, on now-legendary recordings with his father, Ry Cooder, like the landmark Buena Vista Social Club sessions and on his own with artists like Ali Farka Touré, who inspired Cooder to take up the mbira. He has produced albums for other artists, composed for film, and collaborated with choreographer Daniel Ezralow. 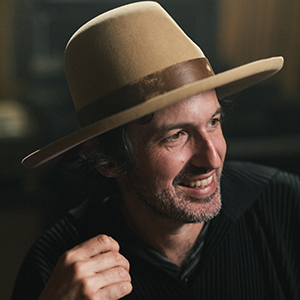 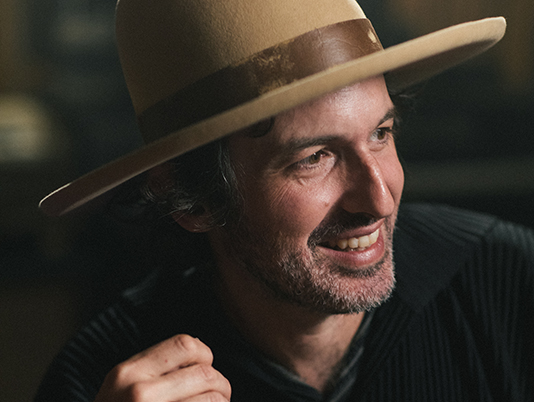