Born in 1931, João Gilberto began his professional career as a drummer from Juazeiro, Bahia, Brazil. Later, he taught himself the guitar; then he wrote songs. Today, to most of the world, João Gilberto is regarded as something of a father-figure of Brazilian music. The best-known and most prolific composer of bossa nova, Antonio Carlos Jobim, lays the wreath of invention at his door: “There were many guys involved in taking off the excess of percussionists in Brazilian music,” says Jobim, “but João Gilberto appeared as a light, as a big star in the firmament. He became a focus, because he was pulling the guitar in one way and singing the other way, which created a third thing that was profound.”

Like many of the healthiest hybrids, Gilberto’s music is a child of a mixed marriage, of the dense rhythms and loping maters of Afro-Brazilian music joined to European harmonies and song forms. What Gilberto did in the late 1950s was to distill the sometimes histrionic rhythms of Brazil’s most popular rhythm, the samba, down to its purest, simplest strain. As Brazilian composer and guitarist Oscar Castro Neves notes, the result is “a decantation of the most important elements of that array of percussion.” In its deceptive simplicity, the music is sensuality itself over a captivating beat. It’s a marriage that’s enhanced by its nuances, foremost among them a cool jazz sensibility.

In the early '60s with his former wife Astrud Gilberto and the great tenor saxophonist Stan Getz, Gilberto brought a font of musical invention to a broad international audience, for, in João Gilberto’s hands, the music of Brazil entered the smoky jazz club. His limpid, poignant, personal vocal style, his malleable phrasing, his understated but always inventive guitar plumb the very depths of meaning in a song.

Gilberto often gives his best performances before a live audience, where his guarded privacy is coaxed into the open by an enthusiastic public. Nonesuch’s success with its first Caetano Veloso album, released in 1986, was in many ways a precursor for Gilberto's 1987 Nonesuch debut, Live in Montreux, and a welcome reminder that intimacy speaks most directly away from the clutter of a large production. 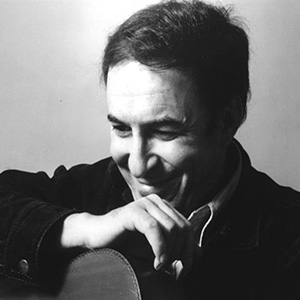