Kate and Anna McGarrigle, the acclaimed songwriting and folk music duo, first made a name for themselves in Montreal’s thriving folk music scene and went on to record for Warner Bros. Records. They contributed to two of Emmylou Harris's Nonesuch albums and released their own McGarrigle Christmas Hour on Nonesuch in 2005, joined by Harris, Kate’s children Martha and Rufus Wainwright, and Anna’s daughter Lily Lanken. Kate passed away in 2010.

Kate and Anna McGarrigle, the acclaimed songwriting and folk music duo, were born in Montreal, Quebec, and grew up north of the city in the Laurentian Mountains. Music surrounded the sisters throughout their childhood, including piano lessons with local nuns and family sing-alongs at the piano.

When the sisters returned to Montreal to attend college, they also joined the city’s thriving folk music scene, and other artists soon began performing their songs. This led to an offer from Warner Bros. Records for the sisters to make their eponymous debut album. The McGarrigle sisters went on to released ten records under their own name, and have contributed both their songs and their singing to countless other albums, including the Nonesuch releases Stumble into Grace and All I Intended to Be, from Emmylou Harris.

Harris also joined Kate and Anna on their own Nonesuch release, The McGarrigle Christmas Hour, in 2005, as did Kate’s children Martha and Rufus Wainwright and Anna’s daughter Lily Lanken. It was the sisters' final full-length recording.

Kate McGarrigle died of sarcoma, a rare form of cancer, on January 19, 2010. She had established the Kate McGarrigle Fund in association with McGill University Health Centre, the Jewish General Hospital through the MUHC Foundation, the Cedars Cancer Institute, and Cancer Research UK in order to raise money and awareness for the fight against this disease. For more information and to make a donation in honor of Kate, please visit muhcfoundation.com/kate. 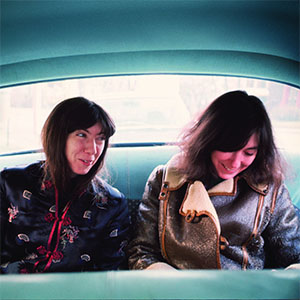