Michael Gordon, a New York-based composer and co-founder of the Bang on a Can Festival, was born in Florida and grew up in an Eastern European community near Managua, Nicaragua. He studied composition with Edward Troupin at the University of Florida and with Martin Bresnick at Yale. His music is an outgrowth of this formal compositional training and experience with underground rock groups in New York City.
It was at Yale that Gordon forged long-term friendships with fellow composers David Lang and Julia Wolfe, with whom he founded New York’s Bang on a Can Festival in 1987. That festival originally took place not in a concert hall but at an art gallery, and was called the Bang on a Can Marathon. It has since become an annual event that now makes its home at venues such as Lincoln Center, the Knitting Factory and the Kitchen. Since 1993 it has also had a house band, the Bang on a Can All Stars, for which the three composers have written much of their music. The ensemble recently released a recording of Brian Eno’s Music for Airports, for which they took Eno’s landmark 1978 electronic composition and transcribed it and arranged it for live instruments. Gordon arranged the first of the four movements, Music for Airports 1/1.

Gordon’s desire to work directly with musicians performing with commitment and intensity also led him to found the Michael Gordon Philharmonic in 1983, which was completely revamped in 1996 and renamed the Michael Gordon Band. The ensemble performs Gordon’s music throughout America and Europe and has recorded for CRI and New Tone.

Michael Gordon has worked extensively with the 14-piece London-based ensemble Icebreaker. His Yo Shakespeare was recorded by that ensemble for an Argo/Decca recording entitled Icebreaker: Terminal Velocity. His work Trance was also written for Icebreaker with an additional component of eight brass players and sampled voices. The 52-minute work for 22 musicians was recorded and released in autumn of 1996.

Since 1991 Gordon has collaborated with video-artist Elliot Caplan on a form of music theater dubbed “video opera”. Their work Van Gogh Video Opera was premiered to critical acclaim in New York in 1991 and received its European premiere in Vienna in 1992. In 1996 they collaborated on the installation Grand Dairy, which opened in Vienna in October 1996. A recording of Weather, another recent collaboration with Elliot Caplan for the Frankfurt-based Ensemble Resonanz, was released in March 1999 by Nonesuch Records. Other recent credits include Chaos, a science fiction opera with libretto by Matthew Maguire and stage direction by Bob McGrath; music for Anna Deavere Smith’s play House Arrest; and music for Ashley Page and the Royal Ballet.

In 1997 Michael Gordon was commissioned by the BBC Proms to write for Ensemble Modern. His composition, Love Bead, was first performed in July of that year by the Ensemble Modern conducted by John Adams at London’s Royal Albert Hall.

The music of Michael Gordon has been described by Alex Ross of The New York Times as, “the fury of punk rock, the nervous brilliance of free jazz and the intransigence of classical modernism.” In fact, Michael Gordon cites influences from all over the musical spectrum, from alternative rock to Indian music, and from various jazz artists to the likes of Steve Reich, Philip Glass, John Cage and Louis Andriessen. Weather is Michael Gordon’s first recording on Nonesuch. 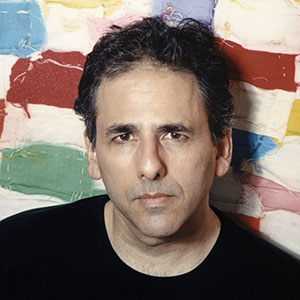