One of the world’s preeminent violinists, Nadja Salerno-Sonnenberg is among the most dynamic, original, and daring artists on the concert stage today. Her playing combines brilliant technique, passionate emotions and a perceptive knowledge of the music, resulting in performances that the press have heralded as “unexcelled in the concert hall today.” Her accomplishments have been recognized by her industry peers as well; in 1999 she was honored with the prestigious Avery Fisher Prize, awarded to instrumentalists who have demonstrated “outstanding achievement and excellence in music.”
A sought-after artist who has performed with most of the world’s greatest conductors and orchestras and at major international festivals, Miss Salerno-Sonnenberg is also in great demand as a recitalist; among her numerous recital credits is a recent command performance at the White House for the Arts & Humanities Awards. Her 1999-2000 engagements are highlighted by recitals nationwide, including Washington’s Kennedy Center, and orchestral performances with orchestras such as those of Saint Louis, Houston and Montreal.

In the recording arena, with 15 albums to her credit, Miss Salerno-Sonnenberg is a groundbreaker as well. She currently records for the Nonesuch and Angel/EMI labels. “Humoresque,” demonstrates Miss Salerno-Sonnenberg’s versatility and vast range of interpretative skills, combining classical works and pop standards. The recording has received critical acclaim, with The New York Times commenting that she “achieves what is, for most classical instrumentalists, a near-impossibility; a crossover disk that is…stylish from first note to last…this album is both a personal triumph and a valuable historical document.” Her second album for Nonesuch, being release this January 2000, is a recording of gypsy music from Eastern Europe with the duo guitarists the Assads. Her most recent Angel/EMI recordings are “Speaking in Strings” (September 1999), music from Counterpoint Film’s documentary on Miss Salerno-Sonnenberg of the same title, “Night and Day,” “Bella Italia,” and “It Ain’t Necessarily So,” collections of works by various composers. Among her other Angel/EMI recordings are: Sibelius Violin Concerto in D minor, Chausson Poeme for Violin and Orchestra, Shostakovich Concerto No. 1, Brahms Concerto in D, Bruch Concerto No. 1, Mendelssohn Concerto in e, Barber Concerto for Violin and the Vivaldi Four Seasons. An admirer of all musical genres, she has collaborated on recordings with such artists as Mandy Patinkin, Joe Jackson, Judy Blazer.

An engaging communicator, Miss Salerno-Sonnenberg has been featured on a variety of television programs, including CBS’ 60 Minutes, 60 Minutes II, Nightwatch and Sunday Morning; NBC’s National News and The Tonight Show with Johnny Carson (several times); Influence; PBS’ Live from Lincoln Center, Backstage/Lincoln Center, The Charlie Rose Show, and City Arts, as well as the PBS/BBC series The Mind and PBS’ Children’s Television Workshop’s award winning program Sesame Street. In 1989, Crown Books published Nadja: On My Way, and autobiography written for children in which she shares her experiences as a young musician building a career. A documentary on Miss Salerno-Sonnenberg was one of the celebrities featured in a book entitled The Virtuoso.

Miss Salerno-Sonnenberg’s professional career began in 1981 when she won the Walter W. Naumburg International Violin Competition. In 1983 she was recognized with an Avery Fisher Career Grant, and in 1988 was Ovations Debut Recording Artist of the Year. She is also the recipient of an honorary Masters of Musical Arts from the New Mexico State University (May 1999), the first honorary degree the University has ever awarded. An American citizen, Miss Salerno-Sonnenberg was born in Rome and emigrated to the United States at the age of eight to study at The Curtis Institute of Music. She later studied with Dorothy DeLay at The Julliard School 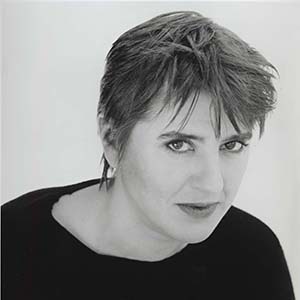