Nonesuch Records has signed California-based singer/songwriter Nataly Dawn, one half of the duo Pomplamoose. Dawn’s solo debut, How I Knew Her, which was financed by the more than $100,000 raised from her Kickstarter campaign, was released in 2013. Pomplamoose, whose other half is Dawn’s partner Jack Conte, has released numerous original songs and covers since 2008 as “VideoSongs” via their YouTube channel; Dawn has released solo VideoSongs and collaborations on her YouTube channel as well.

Nonesuch Records has signed California-based singer/songwriter Nataly Dawn, one half of the duo Pomplamoose. Dawn’s solo debut, How I Knew Her, which was financed by the more than $100,000 raised from her Kickstarter campaign, is scheduled for release on January 22, 2013, with a tour to follow.

The daughter of missionaries, Dawn spent much of her childhood in Europe, where she attended Lycées Français in France and Belgium before returning to the US to study art at Stanford University. It was there that she met Conte and formed Pomplamoose, eventually performing, recording, and editing songs and videos entirely on their own, in their Northern California home. Their first upload to YouTube was a song they had written, “Hail Mary,” which was featured on the YouTube homepage. In 2010, the duo began releasing creative covers of pop songs such as Beyoncé’s “Single Ladies” and Lady Gaga’s “Telephone,” which grew their fan base even further. Pomplamoose played 20 live dates in 2011, to sold-out audiences across the US.

Nonesuch President Bob Hurwitz recalls the first time he heard about Pomplamoose: “Brad Mehldau told me over lunch one day about these two extremely cool musicians in the Bay Area that had found a new and original way to get their music out. I looked them up online and the first video I watched was ‘My Favorite Things.’ It was clear they were onto something special.” He continues, “I tried to get in touch with them, to no avail, but my colleague Lenny Waronker, the great producer and executive from Warners, brought us together about a year ago. The minute I heard Nataly’s demos I knew she had an original voice and was someone we would love to have as part of the Nonesuch family.”

Dawn said of her decision to work with Nonesuch: “I can’t tell you how encouraging it is to be working with such passionate and intelligent people. People who care about music, and who are pleasantly old fashioned in the way they deal with artists.”

In 2010, Pomplamoose released their first compilation of original songs with lyrics by Dawn entitled Pomplamoose VideoSongs, as well as an album of covers titled Tribute to Famous People. That same year, they also released The Holiday EP, in conjunction with Amazon.com, as an incentive for a charity book drive for the Richmond, CA, school system that brought in more than $130,000 worth of donated books. Their music could also be heard in a series of national television spots for Hyundai and Toyota. They have collaborated with other artists, like Ben Folds and Nick Hornby—with whom they produced a VideoSong. 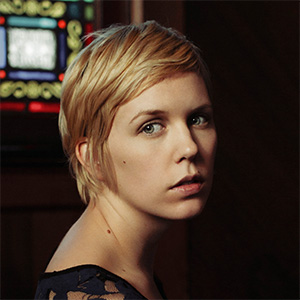