In December 2005, Nonesuch released a benefit album of newly recorded songs featuring artists from the New Orleans music community—across a wide variety of styles—to document the depth, richness, and profound musicality of that unique city. Funds from the sale of the record, titled Our New Orleans, go to Habitat for Humanity to aid those affected by the recent Hurricane Katrina disaster. Several of New Orleans’ best-known musicians  contributed songs that are integral to their lives and that express their feelings about the city and the recent events there. The album was made swiftly and simply, over the course of a month, in several one-day sessions in cities across the country.

Nonesuch’s parent company—Warner Bros. Records, part of the Warner Music Group—donated all of the production costs for Our New Orleans as part of the Group’s larger efforts on behalf of hurricane victims on the Gulf Coast. Many others involved in creating the album also generously donated their time and services. 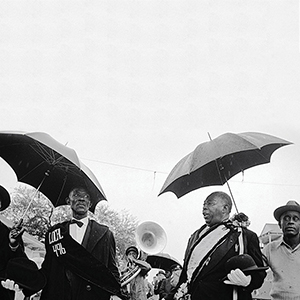 About Our New Orleans