Rhys Chatham was born in Manhattan in 1952. He came under the musical influence of his father, Price, a harpsichordist, and became a devotee of the work of early music composers such as Giles Farnaby and John Bull, playing their music on a virginal. Switching to baroque and Boehm flute, he soon became interested in contemporary music and began playing the work of Edgard Varèse, Luciano Berio, Stefan Wolpe, Mario Davidovsky, and Pierre Boulez.

His immersion in the contemporary literature for flute led to his desire to compose. He began studying counterpoint and harmony at the age of 13 with Donald Stratton and Tom Manoff, who sparked his interest in serialism. While at NYU, Chatham met Morton Subotnick, who encouraged him to compose electronic music. Working under Subotnick's guidance at the NYU Studio for Electronic Music, he met Maryanne Amacher, Charlemagne Palestine, Serge Tcherepnin, Ingram Marshall, and Eliane Radigue. These composers, more than anyone else, kindled Chatham's interest in music of long duration, which ultimately led him to study and work with La Monte Young, tuning his piano in just intonation in exchange for lessons as well as playing with Tony Conrad's group, The Dream Syndicate. 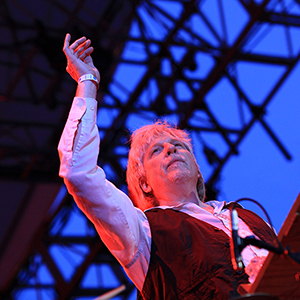