Ricky Ian Gordon, whom the New York Times calls “one of the leading younger composers of songs,” is a composer of unusual scope, equally at home writing for the concert hall, opera, dance, theater and film. When his opera The Tibetan Book of the Dead premiered in Houston, one critic said “it revealed to Houstonians a composer with a facile but compelling gift for song …another exciting moment in the accelerating emergence of a collective American style of art music rooted equally in the country’s vernacular and cultivated traditions.”

Gordon's recent credits include The Grapes of Wrath, a full-scale opera with libretto by Michael Korie, which premiered in 2007 at the Minnesota Opera in a production that then traveled to Utah Opera; Orpheus and Euridice, an hour-long song cycle in two acts, which premiered at Lincoln Center in 2005, directed and choreographed by Doug Varone; and My Life with Albertine, written with Richard Nelson and based on Proust’s Remembrance of Things Past, which premiered at New York’s Playwrights Horizons in 2003.

Gordon was the composer-in residence at the Bravo! Vail Music Festival in the summer of 2008; he premiered Green Sneakers, a new, hour-long song cycle for baritone and string quartet. He is currently working on commissions for New York’s Metropolitan Opera and for the 50th anniversary of the Minnesota Opera. Gordon is also writing new musicals for Playwrights Horizons and The Signature Theater in Arlington, Virginia.

His publications include four songbooks A Horse With Wings, Genius Child, Only Heaven, and Finding Home, all published by Rodgers and Hammerstein / Williamson Music and distributed by Hal Leonard. Hal Leonard also published two choral pieces, Three by Langston and We Will Always Walk Together, Mr. Gordon’s arrangement of the final song from Dream True, which was premiered by Grant Gershon and the Los Angeles Master Chorale at Disney Hall. With Carl Fischer Music, he has published Song for Our Time, Piano Pieces:The Piano Music of Ricky Ian Gordon, Orpheus and Euridice, and Late Afternoon, a song cycle for mezzo-soprano and piano. Carl Fischer will also publish The Grapes of Wrath.

As a teacher, Ricky Ian Gordon has taught both master classes and composition classes in colleges and universities throughout the country including Yale, NYU, Northwestern, Catholic, Bennington, Vassar, Carnegie Mellon, Elon, Michigan State, University of Michigan, and San Francisco Conservatory. He has been the featured composer-in-residence at various festivals including The Hawaii Performing Arts Festival, Songfest at Pepperdine University, Chatauqua, Aspen Music Festival, and Ravinia.

Among his honors are the 2003 Alumni Merit Award for exceptional achievement and leadership from Carnegie Mellon University, the Shen Family Foundation Award, the Stephen Sondheim Award, The Gilman and Gonzalez-Falla Theater Foundation Award, The Constance Klinsky Award, and many awards from The National Endowment of the Arts, The American Music Center, and ASCAP, of which he is a member. 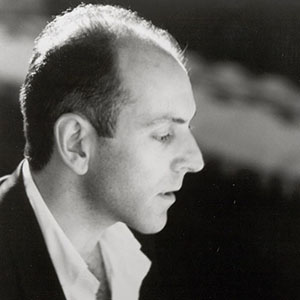