Robert Ashley is known as a pioneer in the development of large-scale, collaborative performance works and new forms of opera like That Morning Thing and In Memoriam ... Kit Carson. Such landmark recordings as She Was a Visitor and In Sara, Mencken, Christ and Beethoven There Were Men and Women have pointed the way to new uses of language in a musical setting. His operas for television entitled Perfect Lives, Atalanta (Acts of God), and Now Eleanor's Idea are continuations of his long-time interest in and use of visual media designed as musical ideas.

During the 1960s, Ashley was a co-organizer of the ONCE Festival, the annual festival of contemporary performing arts in Ann Arbor which, from 1961 to 1969, presented most of the decade’s major artists. He organized and directed the legendary ONCE Group, a music-theater collaborative that toured the United States from 1965 to 1969.

Relocating to California in 1969, Ashley became director of the Center for Contemporary Music at Mills College (Oakland), where he organized a world-renowned public-access music and media facility. From 1966 to 1976, he toured throughout the US and Europe with the Sonic Arts Union, the composers’ collective that included David Behrman, Alvin Lucier, and Gordon Mumma. During 1975 and 1976, he produced and directed his first television opera, Music with Roots in the Aether (video portraits of composers and their music), which documented the work and ideas of seven major American composers and which has since been shown worldwide in closed-circuit installations. (It has also been edited for television and commercial release.)

In 1978, New York's The Kitchen commissioned Perfect Lives, an opera for television in seven half-hour episodes. The series was produced in collaboration with Channel Four (UK) and was and was completed for television in August of 1983. It received its broadcast premiere in England in April 1984 and has since been seen on television in Austria, Spain, and the US. 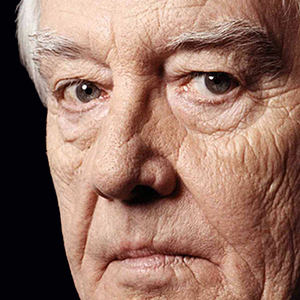