Influences: More than I could possibly write about, but here goes…

Sister Rosetta Tharpe: She inspired a new song on my record that Alison Krauss and Robert Plant also recorded for their Raising Sand album.

The musicians who played on Don’t Do Anything: Drummer Jay Bellerose, violinist Eric Gorfain, and pianist & keyboard player Patrick Warren. Jay has a collection of blues, country and mystery on his iPod that I have been trying to steal for three years. He also has a machine that plays 78s. There is something enchanting about watching a record spin as you listen. The noise of the disc and needle make it sound better.

1950's & 60's-era Advertisements: The song “Little Plastic Life” is about the domestic dreams we try out on each other... and ourselves. I recycled Madison Ave. to advertise the things we can’t buy.

Electricity: I have two guitars. One has to be plugged in. Electricity sounded good to me as I was making this record.

Time: There are some songs you can’t write until you’ve lived long enough. At this point, I am much more interested in the things that are bigger than TV, smaller than mass culture.

Hollywood: I was born in east Hollywood. I just found out that Charles Bukowski worked at the post office right around the corner from my grandmother’s house. I might have even sold him some lemonade when I was a kid, though I hear that wasn’t his drink. The excesses of Hollywood go down the wrong side of the tracks and up the right side. The religious and experimental/alternative lifestyles have always thrived here because so many people come to Hollywood with dreams that get broken (or come true) and need to be replaced. I’d rather make art than make my dreams come true. I’d rather be interested and inspired. “Flowers Up” is about when the dreams come true. “Can’t Come Down” was inspired by a famous Los Angeles preacher in the 1930s whose church became one of the most popular tourist attractions, partly because of the solace offered to those broken dreamers.

Smelly Bibles: When I was eight years old, I was given my first Bible at Hollywood Presbyterian Church by a minister who looked like a football star/leading man. Around the same time my beloved dance teacher gave me a small bottle of perfume, which I loved too much to use. After reading the story of Mary pouring her best perfume oil on Jesus’ feet, I decided to pour my whole bottle of perfume on the Bible. Since that perfume was my only treasure at the time, it was an extravagant expression of faith. That smelly Bible was one of my first attempts to make art.

In one of the most important election years in the history of our United States, I am bringing out a record called “Don’t Do Anything”. This is not a political statement. The line of the song it’s taken from is “I love you when you don’t do anything”. I might have written this to my child, a lover, a friend, a dead person, or all of these. Maybe I wanted someone to write it to me. Maybe an extravagant expression of faith is the last thing we need this year. Maybe it’s the first. There is a lot to do in between.

Favorite Books: Lately, I like the ones with pictures. Drawing From Life: The Journal As Art; My Life and Times by Henry Miller; Ed Ruscha: Photographer; You Are The Measure by Gordon Matta-Clark, and everything by Jean Giono, because he writes such beautiful pictures.

Favorite Films: After a recent visit to Forest Lawn I watched The Loved One and loved it. Because I have a child, I have seen most of Miyazaki’s animated films, which are all unique and wonderful.

Favorite Hobby: Trying to make order out of chaos. Most of the time, it doesn’t work. 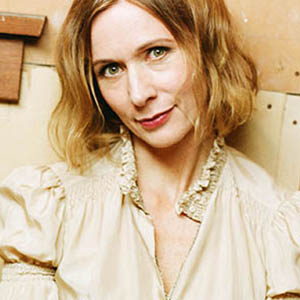