On All Fall Down, Shawn Colvin’s third Nonesuch disc, the singer-songwriter enlisted as producer her longtime friend and occasional band-mate, guitarist Buddy Miller. The sessions, at Miller’s home studio in Nashville, Tennessee, were distinguished, as Colvin describes them, by a kind of back-porch bonhomie. An open-door policy encouraged drop-ins from a number of stellar musicians, including singers Emmylou Harris, Allison Krauss, Mary Chapin Carpenter, and Jakob Dylan as well as fiddle-player extraordinaire Stuart Duncan. The easygoing atmosphere, however, did not prevent the incisive Colvin, on these 11 new tracks, from examining some hard cold truths. Artfully pared-down arrangements mirror the compelling emotional directness of Colvin’s songs, in which she addresses the dissolution of a relationship with the sort of dry-eyed candor that has long been a hallmark of her work. The material often took shape with Colvin performing live in the studio, singing and playing acoustic guitar, and the tracks were then subtly embellished by an impressive ad hoc combo Miller had convened, featuring Bill Frisell on electric guitar, Viktor Krauss on bass, and Brian Blade on drums.

“I didn’t have a specific theme in mind when I started writing,” Colvin admits, “but I think the album is imbued with a sense of loss. I had gone through a relationship that didn’t work out. I’m getting older and so are my parents. So it’s a kind of breakup album, if you will. Not quite about reflection as much as it is about working through something painful. It portrays a sense of loss and redemption and “—she hastens to add—“resolution.”

The frankness in Colvin’s work has always been tempered by humor and sensuality and a gift for finding strong, simple melodies. She’s not one to directly take on social or political issues in her lyrics, but she’s bracingly honest about her own travails (and triumphs) and that resonates with her listeners. As she explains, “This is how I write. I don’t know how to make something personal and evocative that is a protest, a complaint or finger-pointing—unless it’s to a bad guy in a personal relationship.” Given Colvin’s approach to her music, it’s no surprise then that she agreed to take on the even more daunting—and revealing—task of writing a memoir. Before embarking on All Fall Down, she’d devoted much of her creative energy over the last few years to Diamond in the Rough (William Morrow/Harper Collins), an account of her life and work to date that is as forthright and fascinating as any of her songs. In her prose, she’s blunt about the emotional demons she’s faced over the years and generous in equal measure with insights into her songwriting and record-making, uncovering the creative roots of such songs as the 1998 Song of the Year and Record of the Year, Grammy Award–winning “Sunny Came Home.” Colvin is an openhearted storyteller who is certain to engage a readership well beyond her fan base. (She provides a vivid description of, among other things, the crumbling East Village tenement she first called home.) The publication of her memoir coincides with the release of All Fall Down.

Collaborating with Miller on All Fall Down seems particularly serendipitous in light of the tale Colvin recounts in Diamond in the Rough. It was Miller, more than 30 years ago, who encouraged the young Colvin to come to New York City and sing in his band. He’d first encountered her when Colvin was trying to make it as a musician in Austin, Texas. She was more of a country-rock singer then, doing other artists’ material, with no repertoire of her own; by the time Buddy got back in touch, the restless Colvin had already decamped for San Francisco, but she wisely heeded Buddy’s call to head east. After a fair amount of gigging around with Miller and his cohorts and providing back-up for performers like the already up-and-coming Suzanne Vega, Colvin discovered her own voice as a songwriter. In the late 1980s, she was offered her first major label deal on the strength of a live cassette she’d been selling at her shows. With years of dues-paying work behind her, she was suddenly in the right place, at the right time. Her 1989 debut album, Steady On, yielded a Best Contemporary Folk Album Grammy.

Colvin and Miller’s paths continued to cross over the years, and she invited him to play guitar with her when she hit the road in support of her 2006 Nonesuch debut, These Four Walls. Subsequently, Colvin and fellow singers Harris and Patty Griffin put together an informal vocal trio and successfully toured with Miller, billing themselves as Three Girls and their Buddy.

Given the Nashville setting of All Fall Down, Colvin and Miller took an intriguingly counter-intuitive approach by bringing in guitarist Frisell and drummer Blade, eclectic players more often associated with jazz dates (though Frisell has recorded his own austere interpretations of country tunes and Blade has done extraordinary work accompanying Joni Mitchell). Bassist Viktor Krauss is equally versatile, with credentials in the jazz, country, and rock worlds. They create a sound that is airy yet expressive; Frisell’s guitar curls around Colvin’s word as if he were embroidering her very thoughts, especially on “Anne of The Thousand Days," a rueful account of facing a lover’s past. Says Colvin of the music Frisell had given her, “I was so moved by it, I thought my lyrics were going to be romantic and profound and beautiful, but instead I wrote this stream-of-consciousness journal. The lyrics came to me right away; they’re not particularly poetic. The song is more like a conversation and has a truthful intimacy.” She takes a more confrontational tone on “I Don’t Know You,” co-written by Krauss, with gentler verses building to a confident full-on rock chorus, bolstered by jangly electric guitars and Allison Krauss’s harmony vocal. “Know What I Know Now,” composed with longtime writing partner John Leventhal, has a similar swagger.

Country elements are at times incorporated into the mix, via pedal steel and fiddle, perhaps most memorably on “Change Is on the Way,” co-written with Griffin. Colvin had been performing it solo live and thought she’d approach it the same way in the studio—until Miller suggested that violinist Duncan add an almost Celtic–sounding fiddle part that echoes Colvin’s vocal. By the second verse, a pedal steel twang comes in, and the track has been transformed into a melancholic country waltz. As Colvin enthuses, “Being in Nashville, it just astounded me. Beyond the core band, we didn’t discuss who else was going to be on the record, but we’d get to a point where we’d decide, ‘This sounds like it should have some background vocals on it,’ and Buddy would say, ‘Well, let’s call Allison,’ or ‘Let’s call Emmylou.’ There was just an embarrassment of riches in that town—Stuart Duncan, the keyboard player John Deaderick. We’d say, ’Come on over!’ and there they were.”

Once again, Colvin astutely selects cover songs, seamlessly working other writers’ material into the disc-through story she’s telling. (No surprise: her acclaimed 1994 album of interpretations, Cover Girl, was also nominated for a Grammy.) “American Jerusalem,” by Rod MacDonald, harkens back to her scuffling years, when the New York City depicted in MacDonald’s lyrics was a far grittier place than it is today. Recalls Colvin, “I used to do that song a lot back at the Cottonwood Café in Greenwich Village, in my early days when I didn’t write. ‘American Jerusalem’ is more topical, but because it’s about New York, It seemed to fit. I thought it was time. I’m so glad I finally recorded it.”

All the songs by other writers “lent themselves to that sense of loss, to the breakup feel,” none more so than the final track, B.W. Stevenson’s “On My Own”: “I’ve known that one for years and with Three Girls and Their Buddy I started to do it live. In fact, the timing was such that this breakup happened right before the tour we went on, so I just loved playing ‘On My Own.’ It was so cathartic. When we were coming up with songs for the album, Buddy suggested I try that one, and then he got his wife Julie to put the harmony on it, Her voice is … I don’t even know how to describe it except as otherworldly.”

Its title notwithstanding, All Fall Down is really about standing ground. Colvin’s memoir may be written on paper, but her story continues to evolve on disc. This is another beautifully rendered chapter in the soundtrack of her life. 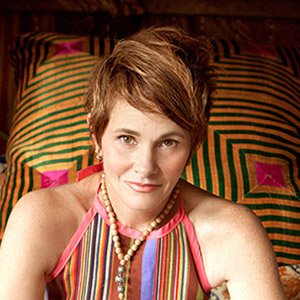