At the tender age of four Teresa Sterne declared that Bach was her "sweetheart." Born into a musical family in Brooklyn in 1927, Sterne’s mother, a professional cellist who abandoned her career to devote herself to her daughter’s artistic development, and her uncle, a distinguished violinist, helped guide Sterne to fully realize her natural talents. At the age of 12, Teresa Sterne made a most auspicious performance debut, appearing with the NBC Symphony and the New York Philharmonic Symphony (the two major orchestras in New York at that time) in her first two public appearances.

When Sterne decided to set aside her career as a concert pianist, determined to understand the practicalities of the music business and to find her way in the working world, she could not have imagined the important work that lay ahead and the impact it was to have on the business and future of new music.

Sterne was hired to run Nonesuch Records in 1965 by Jac Holzman, the founder of the label and head of the then-parent company, Elektra Records, where she was known as "Tracey" to her colleagues. When she took over Nonesuch she combined a fierce commitment to new and adventurous repertoire with the instincts of a performing musician, and began to make her mark on the record business. Over the course of the fifteen years that followed Tracey had the conviction to record music as diverse as the first three string quartets of Elliott Carter and works by Edgard Varèse; the music of George Crumb and the work of other lesser-known composers as William Bolcom, John Harbison, Charles Wuorinen, John Cage, and Morton Subotnick. She produced recordings of the piano rags of Scott Joplin, performed by Joshua Rifkin, creating such a sensation that two additional releases followed, and a Joplin revival had begun.

All the while Sterne maintained a commitment to such diverse repertoire as the music of Stephen Foster, turn-of-the-century American songwriters, Civil War songs, and show music from the 1920s and '30s. She also sought out top-notch performers who were not necessarily household names, and built lifelong professional and personal relationships with such performers as Jan DeGaetani, Gilbert Kalish, and Paul Jacobs. In 1966 she initiated the Explorer Series imprint, issuing some of the first recordings to document both ceremonial and secular ethnic music from six continents and numerous islands, released to the public for the first time. The Explorer Series, a catalog that now boasts nearly a hundred titles, set the stage for what became a new genre in the record business, so-called "world music."

Sterne’s contribution to the field of music, both old and new, while as a performer herself and as a skilled producer and label executive, is evidenced in the release of Teresa Sterne: A Portrait. It is a testament to her personal and professional integrity that such a diverse body of repertoire, all performed at such a high level, could be collected in one place, and ultimately under one name. 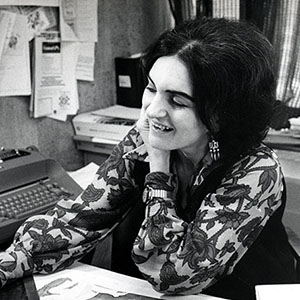