Moving from drama (The Shawshank Redemption, American Beauty) to sharp satire (The Player), from period classics (Little Women) to animation (Finding Nemo), composer Thomas Newman is building on a rich Hollywood family tradition, with a varied body of work that has earned the praise of filmmakers ranging from Sam Mendes and Robert Altman to Mike Nichols and Gillian Armstrong. Nonesuch Records released his soundtrack to the HBO production of the Tony Kushner play Angels in America, directed by Nichols, in 2003, and to the film version of the Richard Yates novel Revolutionary Road, directed by Mendes, in 2008.

Moving from drama (Road to Perdition, The Shawshank Redemption) to sharp satire (The Player), from period classics (Little Women) to animation (Finding Nemo), composer Thomas Newman is building on a rich Hollywood family tradition, with a varied body of work that has earned the praise of filmmakers ranging from Sam Mendes and Robert Altman to Mike Nichols and Gillian Armstrong. Newman has received five Oscar nominations for his film work; he was the only double nominee in 1994’s Oscar race, receiving two nominations (for Little Women and The Shawshank Redemption). The following year, he was again nominated, for his score in Diane Keaton’s offbeat comedy Unstrung Heroes. Newman recently received his fifth nomination for his score for Road to Perdition, directed by Sam Mendes and starring Tom Hanks, Paul Newman, and Jude Law. In 2001, his work was featured in Miramax’s Oscar-nominated Best Picture In the Bedroom, starring Sissy Spacek, Tom Wilkinson, and Marisa Tomei.

In 1999, Newman created two scores for very different films: The Green Mile (his second collaboration with director Frank Darabont), a thriller based on the Stephen King novel starring Tom Hanks, and the Oscar-winning American Beauty, starring Kevin Spacey and Annette Bening, which earned him his fourth Oscar nomination for Best Score. He won both a Grammy (Best Soundtrack) and a BAFTA (Anthony Asquith Award for Achievement in Film Music) for his work on that film.

His most recent projects also are very diverse and include the Pixar/Disney summer 2003 blockbuster Finding Nemo (the most successful animated feature film of all time) and the upcoming HBO production of the Pulitzer Prize-winning play Angels in America, which was directed by Mike Nichols and stars Meryl Streep, James Cromwell, and Emma Thompson. Newman was honored with an Emmy for Outstanding Main Title Theme Music for his quirky theme for HBO’s award-winning drama Six Feet Under, which has been recorded as an album on Universal Records.

“There are limitless possibilities in scoring a film,” Newman says—an attitude demonstrated in work such as his seductive, sinister music for Altman’s The Player, his jaunty and wistful score for Fried Green Tomatoes, and the rich Americana of Little Women. Newman combines a strong sense of the textures of the traditional orchestra with a state-of-the-art use of the latest keyboard techniques, often combining the two to create a sound both familiar and original. “I try not to come to a movie with presuppositions,” he explains. “They usually make your choices more boring. By experimenting and exploring, I’m always surprised with what’s possible.”

Since the beginning of sound film, the Newman name has been an integral part of the evolution of scoring. Thomas is the youngest son of the legendary Alfred Newman, a nine-time Oscar winner and 45-time nominee, who as musical director of 20th Century Fox from the mid-1930s to the early 1960s was responsible for overseeing or writing all of the music created for more than 200 Fox films. His scores include pioneering works such as Wuthering Heights, The Hunchback of Notre Dame, The Diary of Anne Frank, and All About Eve. (He also composed the famous Fox logo theme, still used today.) Alfred’s brother Lionel succeeded him as Fox’s music director, winning an Oscar for Hello, Dolly! and overseeing the studio’s music into the 1980s. Thomas’ cousin, Randy Newman, also has achieved fame in both pop music and film scoring (The Natural), and brother David is also a busy film composer (The War of the Roses).

Although he grew up surrounded by music, Newman says he never felt any pressure to pursue the family tradition. As a child, he studied basic music and piano, but it was not until after his father’s early death in 1970, when Thomas was just fourteen, that he suddenly felt charged with the desire to pursue composition professionally.

Newman studied composition and orchestration at USC with professors Frederick Lesemann and noted film composer David Raksin (Laura) and also took private lessons from composer George Tremblay. He completed his academic work at Yale, studying with Jacob Druckman, Bruce MacCombie, and Robert Moore. But it was another composer who Newman says served as his greatest mentor: Stephen Sondheim, who was deeply impressed with Newman’s originality and championed one of his earliest works, the musical theater piece Three Mean Fairy Tales, which received a workshop production courtesy of the Stuart Ostrow Foundation.

Newman also won the support of a young New York casting agent, who would emerge as one of Hollywood’s top film producers—Scott Rudin, who brought Newman aboard director James Foley’s 1984 film Reckless as a musical assistant. Newman’s initiative on the project soon elevated him to the position of the movie’s composer, and at age 29 he scored his first film.

Newman’s reputation grew rapidly with such films as Ron Howard’s comedy Gung Ho, Desperately Seeking Susan, The Lost Boys, Scent of a Woman, The Rapture, the acclaimed cable movie Citizen Cohn and more than 20 other major titles. His work on The Player inspired an open letter from filmmaker Robert Altman, praising Newman’s “rich and assured” music: “It is a score that seamlessly blends with the very character of the film. In our view this is the ultimate goal of any score.” 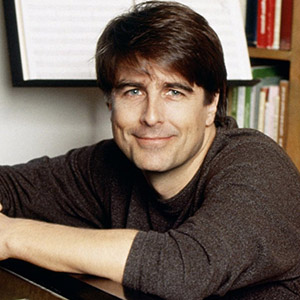