On William Brittelle’s Spiritual America, indie rock duo Wye Oak, Brooklyn Youth Chorus, and the Metropolis Ensemble perform a genre-defying electro-acoustic song cycle written by Brittelle, plus a Wye Oak piece re-imagined by Brittelle. On the album, Brittelle works to reconcile his youth in a conservative Christian household with his adult life as an "agnostic Buddhist." The project began when he endured a family crisis and instinctively found himself praying to God.

Composer William Brittelle's album Spiritual America will be released May 3, 2019, on New Amsterdam and Nonesuch Records. The album features acclaimed American rock duo Wye Oak, Grammy-winning Brooklyn Youth Chorus, and Grammy-nominated chamber orchestra Metropolis Ensemble, performing a genre-fluid electro-acoustic song cycle written by Brittelle, plus one piece composed by Wye Oak and re-imagined by Brittelle. Spiritual America is the second release in a new partnership between the two record labels, established with the goal of enabling contemporary American composers to realize creative ambitions that might not otherwise be achievable. The album is available for pre-order with an instant download of the track "Forbidden Colors."

Spiritual America serves as a vessel through which Brittelle reconciles his youth in a conservative Christian North Carolina household with his adult life as an "agnostic Buddhist" living in Brooklyn. The project began seven years ago when Brittelle endured a family crisis and instinctively found himself praying to God.

"Reflecting on that instinctual response to trauma," Brittelle explains, "I realized there was something happening deep down below the surface in me that I needed to reckon with. I had a germ of the idea for Spiritual America and it felt extremely cathartic, like a door opening to another realm of music-making. From there, the album progressed very gradually; it was one step at a time, almost with an invisible hand guiding me, gaining a little more clarity with each step."

For this journey, Brittelle invited collaborators he deeply admired and knew would meet the demands of his emotionally and musically complex music: Wye Oak's Jenn Wasner and Andy Stack, Metropolis Ensemble, and Brooklyn Youth Chorus, with mixing by Zach Hanson (Bon Iver's 22, A Million, S. Carey, The Staves) at April Base, the famed Wisconsin studio founded by Justin Vernon.

Acclaimed as "a mercurial artist whose oeuvre embraces post-punk flamboyance, chamber music elegance, and much more" (New Yorker), composer William Brittelle creates genre-fluid electro-acoustic music that has been lauded by NPR's All Songs Considered, the New York Times, the Los Angeles Times, the Nation, and more. Brittelle's works have been presented at venues around the world including the Kennedy Center and the Metropolitan Museum of Art, and he has collaborated with artists including Son Lux, Oneohtrix Point Never, Wild Up/Zola Jesus, Bryce Dessner, Roomful of Teeth, and Lower Dens. Brittelle is also a co-founder and co-Artistic Director of New Amsterdam Records.

The Grammy-winning Brooklyn Youth Chorus is a collective of young voices led by visionary Founder & Artistic Director Dianne Berkun Menaker. The Chorus has performed or recorded with major orchestras and artists, such as New York Philharmonic, Los Angeles Philharmonic, The National, Barbra Streisand, Arcade Fire, Elton John, and Grizzly Bear. The Chorus can be heard on Nonesuch Records' first recording of John Adams's On the Transmigration of Souls. Recordings of the Chorus have also been featured in major motion pictures, commercials, and live events, including Radiohead's Thom Yorke for rag & bone's Spring 2016 collection and Beyoncé and Jay-Z's OTR II World Tour.

For more than a decade, New York City–based Metropolis Ensemble, led by Grammy-nominated conductor Andrew Cyr, " a prominent influence in the world of newly emerging music" (Washington Post), has served as an incubator for many of today's most outstanding emerging composers and performers to present bold new work, commissioning more than 150 works that have been presented by venues including BAM's Next Wave Festival, Celebrate Brooklyn, the Met Museum, and Lincoln Center for its Out of Doors and American Songbook series. The chamber orchestra and ensemble has also collaborated with many artists who defy classification, include Ahmir "Questlove" Thompson, Deerhoof, San Fermin, and Emily Wells and performed on the Tonight Show with Jimmy Fallon alongside the Grammy-winning hip-hop group The Roots, on whose album and then you shoot your cousin the group performed.

Wye Oak is a duo comprising multi-instrumentalists and vocalists Andy Stack and Jenn Wasner that has released five widely acclaimed studio albums, most recently The Louder I Call, The Faster It Runs (2018). Wye Oak has been praised as "one of our most gifted, mercurial, unpredictable indie rock bands" (Stereogum) and for making "fierce and arresting rock music" (NPR). 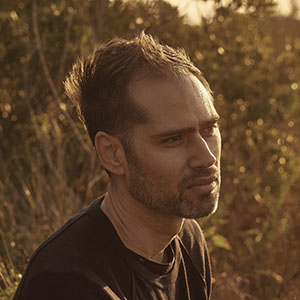 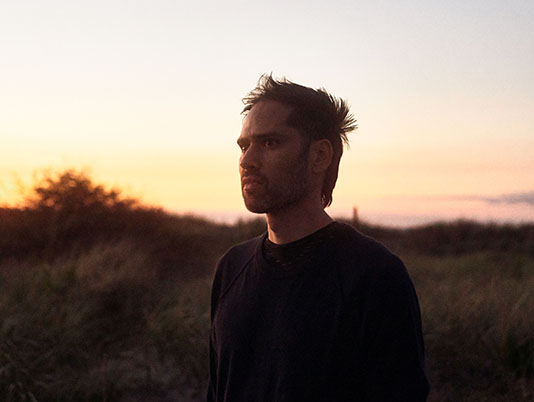