To celebrate the 35th anniversary of their 1987 hit song “Bamboleo," Gipsy Kings released this EP of four remixes of the famed track: Pumped Up Mix by Nick Patrick, THRDL!FE REM!X, Miami Mix by Andy Clay, and an acoustic version remixed by Gildas Boclé & Jean Baptiste Boclé.

Nonesuch Records released Bamboleo Remixes—three remixes and one acoustic reworking of Gipsy Kings' hit song, “Bamboleo”—in the US on July 8, 2022. Originally released as a single in 1987 and included on Gipsy Kings’ 1988 self-titled Nonesuch debut, “Bamboleo” was certified silver in the UK, while the album went gold and platinum in the UK and US, respectively. Bamboleo Remixes includes new mixes of the song by Pumped Up (aka Nick Patrick), THRDL!FE (aka Jake Brian Tench), and Miami (aka Andy Clay), as well as an acoustic version of the song remixed by Gildas Boclé & Jean Baptiste Boclé.

“[‘Bamboleo’ is] an inescapable dance track," said the Washington Post. "What lends it a universal perspective is the music's hot-blooded dance rhythms, a sort of flamenco salsa that can fill dance floors around the world." The New York Times said: “A relentlessly passionate folk-pop that flavors agitated flamenco guitar and handclaps with synthesizer, percussion and electric bass … transcends language and regional style.”

For more than thirty years, the Gipsy Kings have topped the World Music charts, selling more than fourteen million albums worldwide—more than four million in the United States alone—winning Grammy and Latin Grammy awards along the way. Their platinum-selling compilation, The Best of the Gipsy Kings, was on the charts for more than a year, while albums such as the gold-certified Mosaïque have provided a steady stream of hits to Billboard’s world music, Latin, and pop charts. Their rendition of “Hotel California” was included in the film The Big Lebowski and on the HBO series Entourage. The 2010 film Toy Story 3 featured a Gipsy Kings version of the movie’s popular, Randy Newman-penned theme, “You’ve Got a Friend in Me.” “Bamboleo” was featured in the 2015 animated film The Peanuts Movie, as well as 2016’s Sing.

Available from Nonesuch Records in the United States only. You can find it elsewhere here. 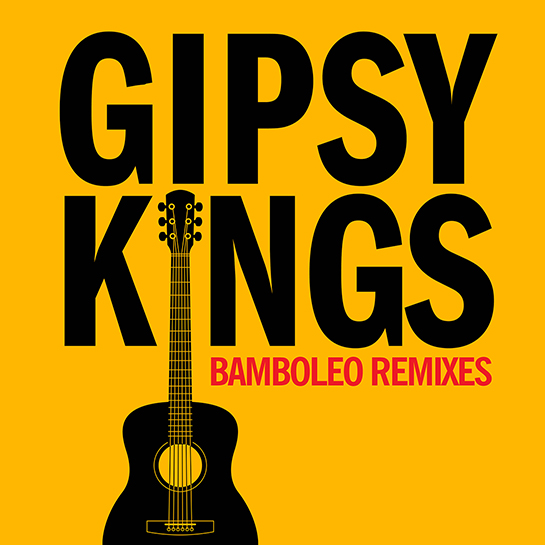