Shot over 12 years with the same cast, Richard Linklater's film Boyhood is a groundbreaking story of growing up as seen through the eyes of a child who literally grows up on screen before the viewers' eyes. The soundtrack spans the story's 12 years, with songs ranging from the year 2000 (Coldplay, The Hives) to 2013 (Yo La Tengo), and features the song "Hero," by Family of the Year. The album also includes the classic "Band on the Run," by Paul McCartney and Wings, and the debut of a new song written by Jeff Tweedy, "Summer Noon."

Nonesuch Records releases the soundtrack to Boyhood—a film written, directed, and co-produced by Richard Linklater—on July 8, 2014; the movie, which is being distributed by IFC Films, opens July 11 in New York and Los Angeles before going wider across the U.S. beginning the following week. The film received tremendous critical acclaim when it was shown at the Sundance Film Festival; Linklater also won the Founder’s Directing Award at the San Francisco International Film Festival and Best Director at the Berlin International Film Festival. Shot over 12 years with the same cast, Boyhood is a groundbreaking story of growing up as seen through the eyes of a child named Mason (a breakthrough performance by Ellar Coltrane), who literally grows up on screen before the viewers’ eyes.

The film’s soundtrack spans the story’s 12 years, with songs ranging from the year 2000 (Coldplay’s “Yellow” and The Hives’ “Hate to Say I Told You So”) to 2013 (Yo La Tengo’s “I’ll Be Around”). The album also includes the classic “Band on the Run,” by Paul McCartney and Wings (from the 2010 re-mastered album of the same name) and the debut of a new song written by Jeff Tweedy and performed by the father/son duo Tweedy—“Summer Noon.” A full track listing is on the next two pages. The Boyhood soundtrack album was produced by Richard Linklater and Randall Poster and is available to pre-order here.

Starring Ethan Hawke and Patricia Arquette as Mason’s parents and newcomer Lorelei Linklater as his sister Samantha, Boyhood charts the rocky terrain of childhood like no other film has before. Snapshots of adolescence from road trips and family dinners to birthdays and graduations and all the moments in between become transcendent. Boyhood is both a nostalgic time capsule of the recent past and an ode to growing up and parenting. Cathleen Sutherland produced the film with Linklater.

Before Slacker, an experimental narrative revolving around 24 hours in the lives of 100 characters, garnered acclaim in 1991, Richard Linklater had made many shorts and completed a Super 8 feature, It’s Impossible to Learn to Plow by Reading Books (1988).

Linklater also serves as the Artistic Director for the Austin Film Society, which he founded in 1985 to showcase films from around the world that were not typically shown in Austin. Now one of the nation’s top film organizations, The Austin Film Society shows more than 200 films a year, has educational programs, and has given out more than $1,500,000 in grants to Texas filmmakers since 1996. 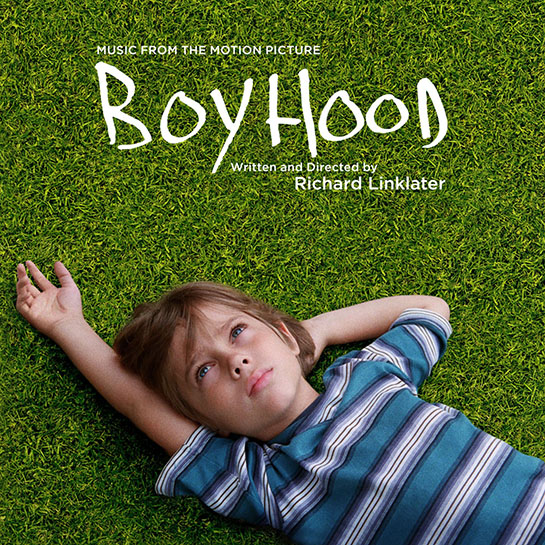