Nonesuch Records releases Brazilian samba singer Teresa Cristina's live album and DVD, Canta Cartola, on September 2, 2016. Canta Cartola was recorded at a concert at Theatro Net in Rio de Janeiro and features acoustic performances by Cristina and guitarist Carlinhos Sete Cordas. The album, which comprises songs by Brazil's beloved samba-ist Angenor de Oliveira, known as "Cartola" (Portuguese for top hat), was released digitally earlier this year. In its album review, the New York Times said: "Canta Cartola feels fully embodied, as if Ms. Cristina had written the songs herself. There's no sentimental distancing or fetishizing of the songs. She's totally engaged in them; she laughs while singing them, and she dredges the beauty out of them."

Teresa Cristina is currently one of the best known singers in Brazil, revitalizing one of the country's most beloved musical styles, samba. The Rio concert was a tribute to Cartola and his legacy. Cristina, who has been considered an icon of samba since the beginning of her career, interprets music of the greatest names in Brazilian popular music, such as Nelson Cavaquinho, Antônio Candeia, Paulinho da Viola, and Cartola.

Cartola was born at the beginning of the 20th century and raised in a favela of Rio de Janeiro called Mangueira, which was one of the cradles of samba and home to one of the most popular samba schools of Rio, Estação Primeira de Mangueira. His many timeless classics include "As Rosas não Falam" and "O Mundo É um Moinho." Cartola remains a great influence on other samba artists and fans who love his enduring songs.

Caetano Veloso was at Theatro Net Rio when Cristina performed. He says of that night, "With Cartola's songs, Teresa's artistry really shows. Her elegance on stage, the simultaneous spontaneity and decorum of every gesture, the humor, the tone, impeccable intonation—all combine in this true creator-singer, a genuine artist."

Veloso also applauded Carlinhos Sete Cordas' performance, saying that he "plays with such a richness—he has all the history of bossa nova and root samba … All Brazilians should see and listen to what happened at Theatro Net Rio that night." 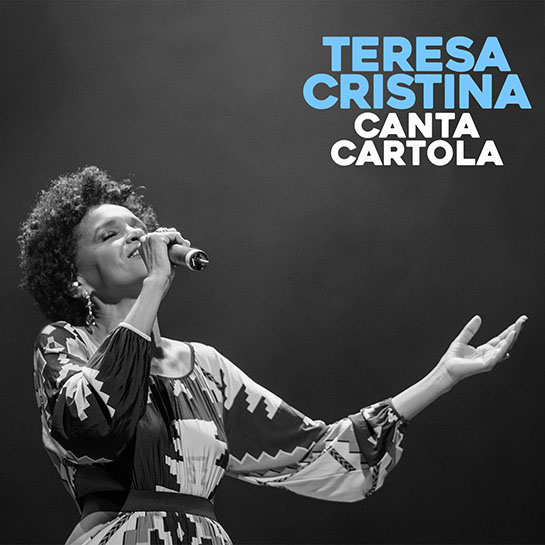