From Nickel Creek—Chris Thile, Sara Watkins, Sean Watkins—A Dotted Line was produced by Eric Valentine and includes six new co-written songs, one tune by Thile, one by Sean Watkins, and two covers. "The most striking feature about A Dotted Line is the sheer strength of the singing, and the frequency with which it takes flight in three-part harmony," writes the New York Times. "The signature Nickel Creek blend comes across loud and clear." "It's tight, it's masterful; it's totally grown-up," says NPR. "But it's also a blast."

The Grammy Award–winning, multi-platinum selling trio Nickel Creek—Chris Thile (mandolin/vocals), Sara Watkins (fiddle/vocals), and Sean Watkins (guitar/vocals)—officially reunites for the first time since its 2007 self-described “indefinite hiatus” with a new album, A Dotted Line, on April 1, 2014, with vinyl to follow on April 29.

As Nickel Creek’s 25th anniversary approached, the band members decided they ought to mark it in some way, so they got together to write music in Chris Thile’s apartment last year. They ended up with six new co-written songs, which they eventually took to a Los Angeles studio, along with one tune by Thile, one by Sean Watkins, and two covers: Sam Phillips’ “Where Is Love Now” and Mother Mother’s “Hayloft.” There they worked with Valentine (Queens of the Stone Age, Smash Mouth), who had produced Nickel Creek’s previous album, Why Should the Fire Die?.

“We were excited every day to be there,” Sara Watkins says. “Having grown up singing together, there is something natural about our voices and it’s really fun to harmonize. Our voices have come to match each other’s really well. Sean and I are siblings, and Chris is about as close to a sibling as you could get.” Sean Watkins continues: “It feels more natural and easy than it ever did, by far. Getting to spend time alone with our own musical personalities has helped us mature.” “There’s a joyful aspect to Nickel Creek no matter what we’re doing. Things just steer themselves into that sort of place,” concurs Thile. “We will go poke around in the dark corners but always with a heavy dose of optimism.”

Formed in 1989 when Thile and Sara Watkins were eight years old and Sean Watkins (Sara’s older brother) was eleven, Nickel Creek earned a loyal following playing the festival circuit for nearly a decade. The band’s self-titled debut album was released in 2000 to commercial and critical acclaim: it sold nearly one million copies, and Time called the trio “music innovators for the new millennium.” Nickel Creek released two more records: 2002’s This Side, which won a Best Contemporary Folk Album Grammy, and 2005’s Why Should the Fire Die?. Beginning as bluegrass child prodigies, Nickel Creek grew into an acoustic band known for its breadth of musical influences—from Bach to Radiohead—and its surprisingly large sound on stage. The New York Times described their music as “postmodern” and “polystylistic,” and USA Today said, “This acoustic trio moves farther and farther from anything Bill Monroe would have recognized as bluegrass...” The band members always explored their own solo work as well as collaborations, which they were able to pursue more fully during their hiatus, and will continue to do. 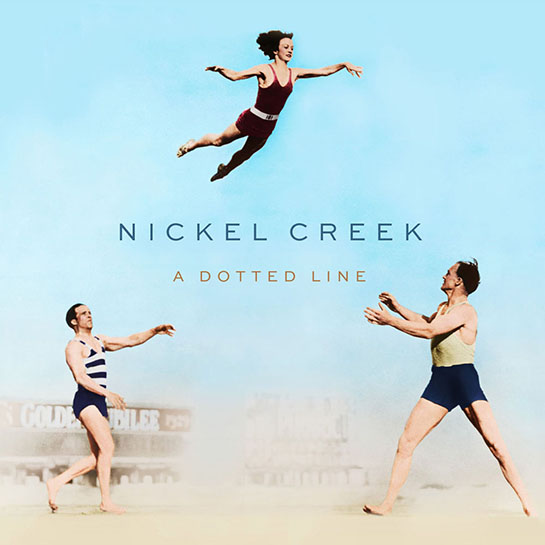