Abraham Marder wrote and performed the song "Green" for the critically acclaimed, award-winning film Sound of Metal. The song, itself shortlisted for an Academy Award for Best Original Song, was produced by Thomas Bartlett and is the closing theme for the film. Sound of Metal, directed by Darius Marder and co-written by Darius and Abraham Marder, is now available on Amazon Prime Video. A full motion picture soundtrack will also be released by Nonesuch later this year; details to be announced.

"Green," the haunting closing theme from the critically acclaimed and award winning film Sound of Metal that is written and performed by the film’s co-writer and composer Abraham Marder and produced by Thomas Bartlett (Sufjan Stevens, St. Vincent), is available today on all digital service providers via Nonesuch Records; an accompanying video can be seen below. “Green” is one of the fifteen songs on The Academy Awards shortlist for Best Original Song. A full motion picture soundtrack will also be released by Nonesuch later this year; details will be announced shortly.

Sound of Metal, directed by Darius Marder and co-written by Darius and Abraham Marder, tells the story of Ruben, played by Riz Ahmed, an iterant punk-metal drummer who begins to unravel when he suddenly loses his hearing and identity. The film premiered in US theaters November 20, 2020, and on Amazon Prime Video on December 4 to tremendous praise, with the New York Times saying, “Propelled by a distinctive style and a potent lead performance, Sound of Metal builds a singular tension between silence and noise,” and Vulture adding, “Darius Marder’s achievement lies in his ability to build drama, tension, and emotion through the changing visual and sonic textures of the film.”

Sound of Metal has been named one of the Top 10 films of the year by the American Film Institute, and received a Best First feature nomination by the Independent Spirit Awards. Lead Actor, Riz Ahmed, has also been honored with accolades for his performance by the Gotham Awards, National Board of Review, Golden Globes, SAG, and Independent Spirit. The film will debut on Prime Video in the UK on April 12.

“The charge of writing a credit song for Sound of Metal was uniquely difficult,” Darius Marder says. “How do we break the silence? Can we treat our credit sequence, less as an end and more as an additional scene in the film—a final piece of sonic poetry that allows us to stay with Ruben for another 4 minutes and 22 seconds? I knew only Abraham could author such a journey. Abraham's voice, both in song and in word, is singular, raw and pure.”

"'Green' is meant to serve as a final unexpected psalm at the end of Ruben’s hard-fought experience," Abraham Marder says. "It’s meant to allow us a collective, final moment where we can join him in this final stage of surrender and recognize that we all go this road alone and in this way, we are joined."

Both Darius and Abraham Marder add: “From the offset, we could think of no more fitting a label for this release than Nonesuch Records. For years, they have been releasing bold and eclectic works of art and we are so honored to be a part of their history. The Sound of Metal soundtrack offers an entirely new kind of sonic journey and we're thrilled to share it with the world.”

In the film Sound of Metal, during a series of adrenaline-fueled one-night gigs, itinerant punk-metal drummer Ruben (Riz Ahmed) begins to experience intermittent hearing loss. When a specialist tells him his condition will rapidly worsen, he thinks his music career—and with it his life—is over. His bandmate and girlfriend Lou (Olivia Cooke) checks the recovering heroin addict into a secluded sober house for the deaf in hopes it will prevent a relapse and help him learn to adapt to his new situation. But after being welcomed into a community that accepts him just as he is, Ruben has to choose between his equilibrium and the drive to reclaim the life he once knew. Utilizing startling, innovative sound design techniques, director Darius Marder takes audiences inside Ruben’s experience to vividly recreate his journey into a rarely examined world. 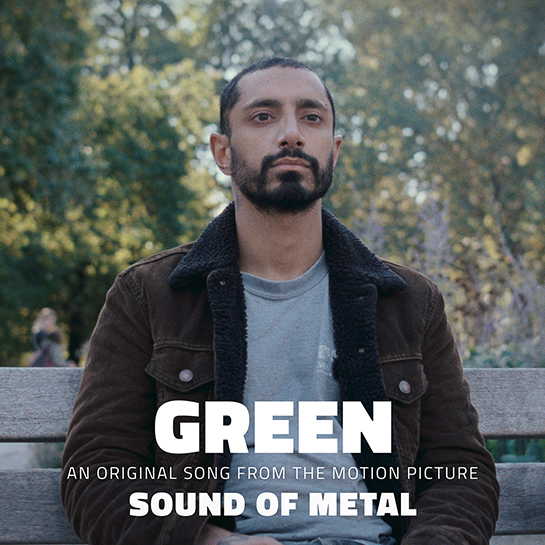 More From Sound of Metal