Nonesuch Records released Keep It Hid, the solo debut from singer/songwriter/guitarist Dan Auerbach—best known as half of The Black Keys—on February 10, 2009. While working on and touring in support of The Black Keys’ most recent album, Attack & Release, Auerbach also was writing songs that would become Keep It Hid. "This record is a mixture of things I like to listen to, psychedelia, soul music, country harmonies," says Auerbach.

Keep It Hid was produced and engineered by Auerbach at his studio, Akron Analog, and features him playing a variety of instruments, including drums, guitar, percussion, and keyboards. Many of Auerbach’s friends and family play on the album, including his uncle James Quine, who contributes vocal harmony and electric guitar on the track “Street Walkin.” Other musicians include fellow Ohioans Jessica Lea Mayfield, who sings on the track “When the Night Comes,” and Bob Cesare, who plays drums on “Whispered Words,” a song originally written by Auerbach’s father. Of the recording process Auerbach states, “I wanted a live, organic sound. Nothing was too plotted or planned, just a lot of spontaneity.” The record was mixed by Auerbach’s good friend Mark Neill at Neill’s Soil of the South studio.

With his Black Keys bandmate Patrick Carney, Auerbach has recorded five critically acclaimed full-length albums, beginning with 2002’s The Big Come Up. In 2008, Attack & Release debuted on the Billboard Top 200 chart at #14, marking The Black Keys’ highest position to date. The New York Times called it a “savage, bitter concoction built on a snarling punk-rock riff,” while the Los Angeles Times called it “without doubt the Keys’ most dynamic effort yet.” Auerbach also has been busy with his own record label, Polymer Sounds, for which he produced the 2008 debut from Jessica Lea Mayfield, With Blasphemy, So Heartfelt; Pitchfork praised Mayfield’s album as “fascinating and endlessly listenable.” 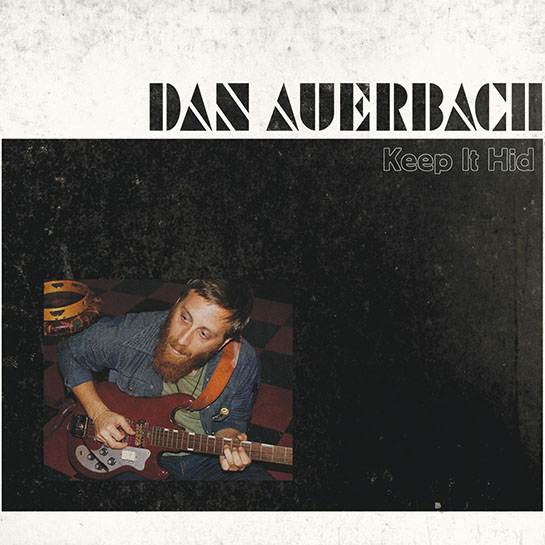