Maria is Portuguese fado singer Carminho's most personal album. Its title is her given first name and a name in Portugal that's both traditional and a popular choice among contemporary young parents, as fado is both part of a tradition and belongs to today's world. Carminho, who wrote many of the lyrics and songs and produced the record herself, for the first time, considers it a dialogue between herself and two fado singers who blazed a trail for her: Beatriz da Conceição and Teresa Siqueira (her mother). London Jazz News calls it "a beautifully realized, remarkably varied yet uniformly gorgeous album."

Acclaimed Portuguese fado singer Carminho's newest album, Maria, was released in the United States on September 27, 2019, on Nonesuch Records. The album, her first to be released in the US, was previously released in Europe, where London's Evening Standard called her voice "strong and sculptural," and London Jazz News called Maria "a beautifully realized, remarkably varied yet uniformly gorgeous album."

Maria is Carminho's fifth and most personal album: its title is her given first name, and also a name that goes deep into the Portuguese identity—very traditional, but also quite contemporary, a popular choice among young parents today, just as fado is part of a tradition yet also belongs to today's world. Additionally, Carminho wrote many of the lyrics and songs and she produced the record herself, for the first time. Carminho considers the album a dialogue between herself and two fado singers who blazed a trail for her: Beatriz da Conceição and Teresa Siqueira (her mother).

A short film about the making of Maria, on which Carminho collaborated with creative director Giovanni Bianco and his agency GB65, may be seen here. Bianco, who is known for his work at Vogue and with artists such as Madonna and Rihanna, explores fado and Portugal through the modern lens of Carminho’s Maria in the film:

Maria is the follow-up to 2016's Carminho Canta Tom Jobim: a collection of Jobim's songs, featuring Banda Nova, the Brazilian legend's band from the last decade of his life. Made at the suggestion of Jobim's family, the album includes special performances by Marisa Monte, Chico Buarque, and Maria Bethânia. The album received critical praise, with London's Sunday Times saying that Carminho's "approach grows ever more subtle, the austere phrasing drawing out the poetry in each lyric."

Although Carminho did not perform publicly until she was twelve years old, at Lisbon's Coliseum, fado was always part of her life: her mother is the renowned fado singer Teresa Siqueira, who also owned a popular fado club, Taverna do Embuçado. During college, Carminho continued to sing in fado clubs and was offered recording opportunities, but she did not yet feel she had lived enough, so she continued her studies in marketing and advertising. After college, she traveled for a year, doing volunteer work, before returning to Lisbon and committing to her artistic career in earnest.

Her first album, Fado, was released in 2009 to critical acclaim, eventually going platinum in Portugal. Upon its wider European release two years later, Fado was named Album of the Year by the UK magazine Songlines. Her 2012 follow-up, Alma, debuted at No. 1 in Portugal. Carminho's 2014 album Canto included work with some of her Brazilian heroes. It included a song written by Caetano Veloso, Cézar Mendes, Tom Veloso, as well as a duet with Marisa Monte and guest performances by Jaques Morelenbaum, António Serrano, Carlinhos Brown, Javier Limón, Naná Vasconcelos, Dadi Carvalho, Jorge Hélder, and Lula Galvão.

Carminho regularly tours the world, with performances across Europe, Asia, and North and South America.

This album is available from Nonesuch Records in the United States only. 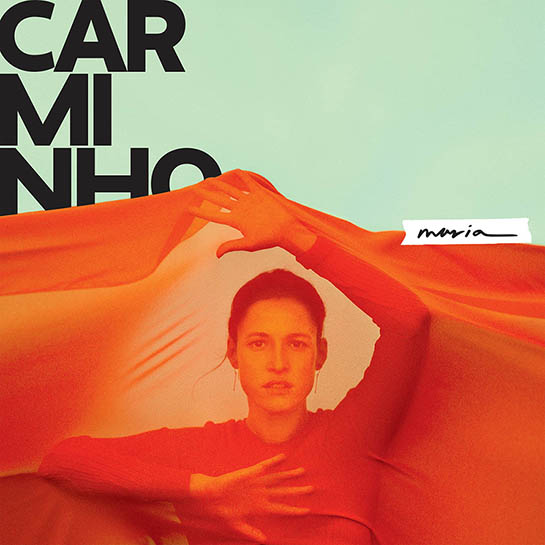