This collection of chamber music by John Harbison—the song cycles Simple Daylight and Words from Paterson, and his Piano Quintet—offers a wide-ranging portrait of the composer. Harbison wrote these works during the 1980s on various commissions, and in the case of the song cycles, with Sanford Sylvan and Dawn Upshaw in mind.

Through his many associations with major orchestras and chamber ensembles, John Harbison has emerged as one of America's most admired and commissioned composers. His awards include the prestigious five-year MacArthur fellowship (given in 1989), and the 1987 Pulitzer Prize for Music (for his cantata The Flight into Egypt. Particular regard is given to Harbision's works for voice, and his special affinity for powerful settings of texts.

This collection of chamber music by John Harbison offers a wide-ranging portrait of the composer, who wrote these works during the 1980s on various commissions—and in the case of the song cycles, with Nonesuch artists Sanford Sylvan and Dawn Upshaw in mind.

Words from Paterson (1989) takes its text from the fifth book of William Carlos Williams' epic poem Paterson. Harbison chose passages regarding the idea of the past, having himself just celebrated his 50th birthday. The 27-minute work features a somewhat spare musical language, which serves to amplify the drama of the verse.

Like Words from Paterson, Simple Daylight reveals Harbison’s particular interest in text, and special sympathy for the vocalist involved. (Upshaw has previously worked with Harbison on his Mirabai Songs.) The poetry by Harbison’s friend Michael Fried brings out a more expressionistic side of the composer, who has ordered the cycle in his own sequence. Upshaw premiered the cycle with James Levine in 1988.

The Piano Quintet dates from 1981, and was a commission from the Santa Fe Chamber Music Festival in honor of Georgia O’Keeffe. Harbison shares with O’Keeffe a Wisconsin birthplace, and he wrote the five-movement, 23-minute piece with the open spaces of the prairie, and of her paintings, in mind. 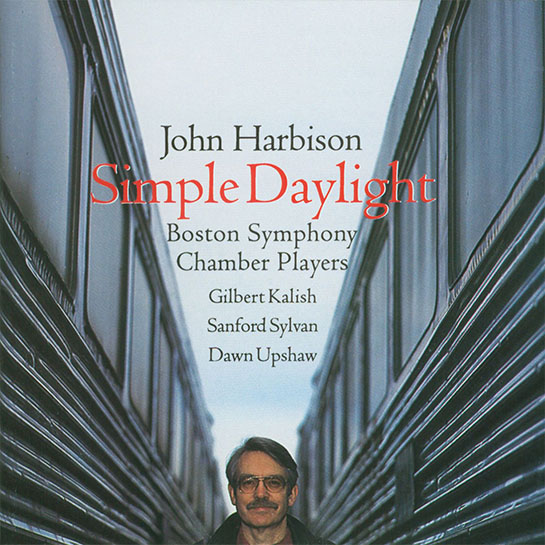