Drummer, composer, and producer Tom Skinner (The Smile, Sons of Kemet)'s album Voices of Bishara is the first recording under his own name. Its title references cellist Abdul Wadud's 1978 album By Myself, which was pressed on Wadud's label, Bisharra—an Arabic name meaning "good news." Voices of Bishara began life when Skinner asked some musician friends to join him for a Played Twice session at London's Brilliant Corners, in which a classic album was played in full through the venue's audiophile system, and a live ensemble improvised a response. That night focused on drummer Tony Williams' 1964 album Life Time; the music they conjured inspired Skinner to write an album's worth of new music.

Drummer, composer, and producer Tom Skinner (The Smile, Sons of Kemet) releases his new album, Voices of Bishara, on November 4, 2022, via Brownswood / International Anthem / Nonesuch. The first recording under Skinner’s own name is a reference to an album he listened to repeatedly during the COVID-19 lockdown: cellist Abdul Wadud’s 1978 solo album By Myself, which was privately pressed on Wadud’s label, Bisharra. The common Arabic name has the intention or meaning of “good news” or “the bringer of good news.”

Voices of Bishara began life when Tom Skinner asked some musician friends to join him for a Played Twice session at London’s Brilliant Corners. These regular sessions had a simple format: play a classic album in full through the venue’s audiophile system and then have a live ensemble improvise a response. The night in question focused on drummer Tony Williams’ 1964 Blue Note album, Life Time, and the music conjured that night inspired Skinner to write an album’s worth of new music.

Skinner recorded an album of that music with a cellist, bass, and two saxophonists subsequently putting it aside, occasionally bringing it out for some attention in between his many other creative projects. Gradually, the record began to take shape as he embraced the studio recordings and accentuated their idiosyncrasies.

“This record is an attempt to put something truthful into the world, through collaboration and community, at a time of rising dishonesty and disinformation,” says Skinner. “Bishara is the bringer of good news, and by bringing the musicians on this album who are very dear to me together, we pay homage to that idea by collectively spreading light where there is increasing darkness.”

Based in London, Tom Skinner has been a vital and central figure in the underground music scene throughout the last twenty years. He is presently a member of The Smile with Thom Yorke and Jonny Greenwood. Their debut album A light for attracting attention was released to critical acclaim earlier this year, and the trio tours the United States this November and December.

In 2012, Skinner, under the alias Hello Skinny, released his self-titled debut solo record. MOJO described it as “existing in that fertile zone where jazz, dub, techno and avant-pop deliquesce into an exhilarating free-for-all.” The second Hello Skinny album, Watermelon Sun, released on Gilles Peterson’s Brownswood label in 2017, featured a collaboration with acclaimed veteran New York composer and trombonist Peter Zummo.

Skinner is also an original member of award-winning band Sons of Kemet alongside bandleader and frequent collaborator Shabaka Hutchings. Their third album, Your Queen Is a Reptile, garnered worldwide critical acclaim, including a Mercury Prize 2018 nomination, while their latest album, Black to The Future, received a five-star review from NME, which deemed the album to be the band at their “most dynamic and urgent.”

Skinner has performed and recorded with notable musicians such as Jonny Greenwood, Graham Coxon, Grace Jones, Kano, Zero 7, Floating Points, The Invisible, and many more. In addition to his performing career, Skinner curates a bi-monthly live music night at The Pickle Factory in East London and hosts a monthly radio show on Gilles Peterson’s Worldwide FM.

PRODUCTION CREDITS
Produced by Tom Skinner
Recorded by Blue May and assisted by Scott Knapper at Konk, London
Mixed by Dilip Harris
Mastered by Guy Davie at Electric Mastering 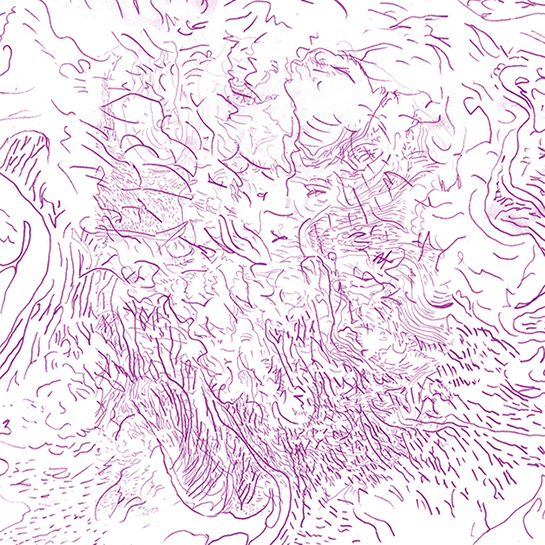