Walking in the Dark

Classical singer Julia Bullock makes her solo recording debut with Walking in the Dark. On the album, Bullock and London’s Philharmonia Orchestra, conducted by Christian Reif, perform Samuel Barber’s Knoxville: Summer of 1915 and a song from John Adams’s El Niño. She is joined by Reif, on piano, for a traditional spiritual and songs by Oscar Brown, Jr., Billy Taylor, Sandy Denny, and Connie Converse. Bullock is “one of the singular artists of her generation,” says the New York Times, “a singer of enveloping tone, startlingly mature presence and unusually sophisticated insight into culture, society and history.”

Classical singer Julia Bullock makes her solo recording debut with Walking in the Dark, released December 9, 2022, on Nonesuch Records. Bullock is joined on the album, which NPR Music names one of The 10 Best Classical Albums of 2022, by London’s Philharmonia Orchestra conducted by Christian Reif for Samuel Barber’s Knoxville: Summer of 1915 and an aria from John Adams’s El Niño. With Reif on piano, she also performs a traditional spiritual and songs by Connie Converse, Oscar Brown Jr., Billy Taylor, and Sandy Denny. You can watch a short video about the making of the album here:

Of the album’s varied repertoire, Bullock says, “This music and poetry have contributed to my development as a classical singer. Over the years, I’ve returned to this material with reconsideration, revision, and review, and that makes me undoubtedly call these songs ‘classics’—classics, which are inclusive of traditions across cultures, and celebrate a diversity of thought, expression, and experience.”

“It is rare to find a classical singer who can truly project an aura onstage,” says the New Yorker. Julia Bullock “is a musician who delights in making her own rules.”

“Bullock’s voice is deeply rich and richly deep, with both the qualities of Anderson’s expressive contralto and Price’s electrifying climaxes,” says the Los Angeles Times. “Meaning was, word for word, expressed through not only her exacting vocal inflection and her precise facial expression, but even the slightest movement of her hands. Her eyes made contact. Communication was on every level direct.”

“The soprano Julia Bullock is on the verge of an unconventional career,” says the New York Times, “one of the singular artists of her generation—a singer of enveloping tone, startlingly mature presence and unusually sophisticated insight into culture, society and history.”

Julia Bullock is an American classical singer who “communicates intense, authentic feeling, as if she were singing right from her soul,” says Opera News. Combining versatile artistry with a probing intellect and commanding stage presence, she has headlined productions and concerts at preeminent arts institutions around the world. An innovative curator in high demand from a diverse group of arts presenters, museums and schools, her notable positions have included collaborative partner of Esa-Pekka Salonen at the San Francisco Symphony, 2020–22 artist-in-residence of London’s Guildhall School, 2019–20 artist-in-residence of the San Francisco Symphony, and 2018–19 artist-in-residence at New York’s Metropolitan Museum of Art.

She is also a prominent voice of social consciousness and activism. As Vanity Fair notes, Bullock is “young, highly successful, [and] politically engaged,” with the “ability to inject each note she sings with a sense of grace and urgency, lending her performances the feel of being both of the moment and incredibly timeless.” Honored as a 2021 Artist of the Year and “agent of change” by Musical America, Bullock gave a Tiny Desk (Home) Concert as part of NPR Music’s special quarantine edition of the series in December 2020; NPR’s Tom Huizenga characterized it as “among the most transcendent musical moments I’ve experienced.”

Bullock was born in St. Louis, Missouri, where she joined the artist-in-training program at Opera Theatre of Saint Louis while in high school. She went on to earn her bachelor’s degree at the Eastman School of Music, her master’s degree in Bard College’s Graduate Vocal Arts Program, and her artist diploma at New York’s Juilliard School. It was there that she first met her husband, conductor Christian Reif, with whom she now lives in Munich.

JULIA BULLOCK
WALKING IN THE DARK 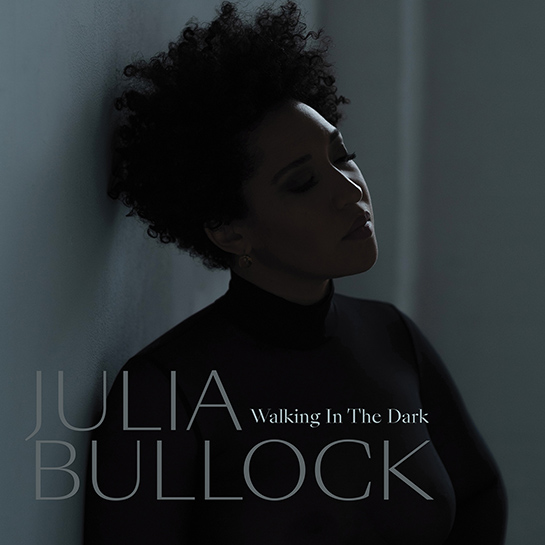