The Way Is Read

The English trio The Staves and NYC–based ensemble yMusic join forces for The Way Is Read, a twelve-song album stemming from their 2016 collaboration at Justin Vernon's Eaux Claires Festival. "A wonderful album," exclaims the Times of London. "The fusion of the siblings interweaving harmonies and yMusic’s sonic chattering results in music that is equal parts Kate Bush, Joni Mitchell, Philip Glass and the Penguin Café Orchestra."

Nonesuch Records released The Way Is Read, a twelve-song album by the English trio The Staves—Emily, Jessica, and Camilla Staveley-Taylor (all vocals)—and New York City–based ensemble yMusic. After being commissioned in 2016 by Justin Vernon's Eaux Claires Festival to collaborate on a live performance piece, The Staves delved deep into yMusic's catalogue of contemporary classical compositions to find pieces suited to their lyrics and vocals. Musically they built upon several compositions written by Ryan Lott, as well as works by Sufjan Stevens and Marcos Balter. While the Festival is known for bringing musicians together for one-off performances, this is the first time one of those partnerships has made the leap into a studio album. The LP was produced by Rob Moose and Jessica Staveley-Taylor and mixed and engineered by Brian Joseph at his studio, Hive, in Eau Claire, Wisconsin.

Emily Staveley-Taylor says of the collaboration, "Our aim from the outset was to truly collaborate with yMusic. We wanted to feel like instruments and join in with some of yMusic's existing work, using our voices in ways we hadn't previously explored. We chopped up compositions and put them together again in new ways. We took old folk songs and made them abstract. The idea of forming an orchestra with these incredible musicians was fascinating. What we have ended up with is everything we'd hoped, more than we dreamed, and hopefully the tip of the iceberg."

Rob Moose of yMusic adds, "When Justin raised the possibility of our groups collaborating, we immediately upped the stakes by focusing on a combination of new Staves songs and transformations of yMusic's composed works. It was as much a thrill to hear songs emerge organically over sections of intricate chamber music as it was satisfying to strip songs of the instrument that created them, whether guitar or piano, in order to craft new connective tissue. This project was born of voice memos sent back and forth across the seas, two frenetic days in a Manhattan rehearsal space, a festival set, and a single day of recording in the woods outside of Eau Claire."

The Staves, also known as Jessica, Camilla and Emily Staveley-Taylor, moved to Minneapolis from London in the summer of 2016, where they lived for a year in order to be closer to Eau Claire, Wisconsin, friend and collaborator Justin Vernon's hometown, which has become a creative hub and second home to them. The sisters have worked with Stones and Who producer Glyn Johns, as well as Laura Marling and Ryan Adams producer Ethan Johns. In addition to their three albums and several EPs, The Staves have headlined tours across North America and Europe and performed on tours with Bon Iver, Florence and the Machine, Angus and Julia Stone, and The Civil Wars. The New York Times said of their 2015 Vernon–produced Nonesuch debut, If I Was, "the songs are illuminated from within," and Magnet said, "The perfection just goes on and on until you start to wonder: Are they human?"

Hailed by Performance Today's Fred Child as "one of the groups that has really helped to shape the future of classical music," yMusic comprises six New York City instrumentalists—violinist Rob Moose, violist Nadia Sirota, cellist Gabriel Cabezas, clarinettist Hideki Aomori, flutist Alex Sopp, and trumpeter CJ Camerieri—flourishing in the overlap between the pop and classical worlds. Their virtuosic execution and unique configuration has attracted the attention of high profile collaborators—from Paul Simon to Ben Folds to José González—and inspired an expanding repertoire of original works by some of today's foremost composers, including Nico Muhly and Andrew Norman.

PRODUCTION CREDITS
Produced by Rob Moose and Jessica Staveley-Taylor
Mixed and engineered by Brian Joseph at Hive
Assistant engineering by Matthew Cooke
Mastered by Zach Hanson at April Base, Wisconsin 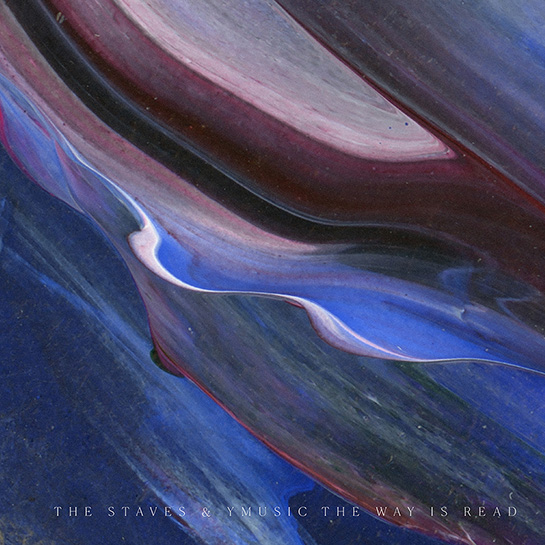 More From The Staves