Adam Guettel is a composer/lyricist living in New York City. His musical, The Light in the Piazza (cast album on Nonesuch Records), with a book by Craig Lucas, premiered on Broadway at Lincoln Center Theater's Vivian Beaumont Theater in April 2005, following a world premiere at Seattle's Intiman Theater in Summer 2003, and a second engagement at Chicago's Goodman Theater in early 2004 (where it received three Joseph Jefferson Awards including Best Musical). The Light in the Piazza received six 2005 Tony Awards including two for Guettel—Best Original Score, Best Orchestrations—and a Grammy nomination for best cast recording. Piazza also received five Drama Desk Awards, including two for Guettel: Best Music and Best Orchestrations.

His other works include Love's Fire, a collaboration with John Guare for The Acting Company, and Saturn Returns, a concert at Joseph Papp Public Theater/New York Shakespeare Festival. Saturn Returns was recorded by Nonesuch Records under the title Myths and Hymns. Four of Guettel's songs were featured on Audra McDonald's Nonesuch Records debut album, Way Back to Paradise (1998), and Mr. Guettel performed a concert evening of his work at New York's Town Hall in 1999. Film scores include Arguing the World, a feature documentary by Joe Dorman, and the score for Jack, a two-hour documentary for CBS by Peter Davis (1994).

Adam Guettel is currently working on four new musicals and an opera. He has performed material from these new projects for a week at the Hippodrome Casino in London and during a week's residency at 54 Below in New York in February 2013. Accolades for Mr. Guettel include the Stephen Sondheim Award (1990), the ASCAP New Horizons Award (1997), and the American Composers Orchestra Award (2005). 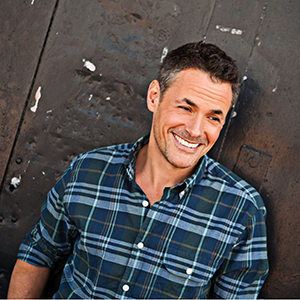