Crack-Up, Fleet Foxes' highly anticipated third album, comes six years after the release of Helplessness Blues. "Rewarding, involving, and meticulous," says the AP, "Crack-Up has been well worth the wait." "Likely to be the most remarkable album you will hear this year," exclaims the Times (UK). "The return of one of the most original bands of this century." Pitchfork calls it "their most complex and compelling album to date."

Fleet Foxes will release Crack-Up, its long-awaited and highly anticipated third album, June 16 on Nonesuch Records. Crack-Up comes six years after the 2011 release of Helplessness Blues and nearly a decade since the band's 2008 self-titled debut. Nonesuch Store pre-orders of Crack-Up include an instant download of the tracks "Third of May / Ōdaigahara" and "Fool's Errand," plus an exclusive, limited-edition print featuring artwork by Hiroshi Hamaya.

Fleet Foxes' self-titled debut made a profound impact on the international musical landscape, earning them Uncut's first ever Music Award Prize, and topping numerous "Best of " lists, including Rolling Stone's 100 Best Albums of the 2000's and Pitchfork's 50 Best Albums of 2008. Fleet Foxes is certified Gold in North America and Platinum in both the UK and Australia. The follow-up album Helplessness Blues was met with the same critical praise as its predecessor (MOJO five stars, Rolling Stone four stars, Pitchfork Best New Music); that album debuted at No. 4 on the Billboard Top 200, went Gold in the UK, and earned the band a Grammy nomination. 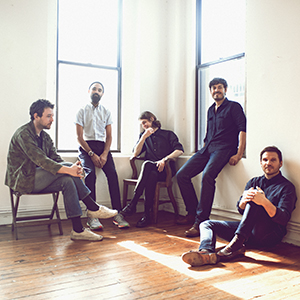