Heralded by the Chicago Tribune for his "unfailing taste, technique and discipline," Chicago based percussionist Glenn Kotche's exploration of rhythm and space began in childhood in Roselle, Illinois. His interests and efforts landed him at the University of Kentucky's highly-regarded percussion program.
Following graduation, Kotche's various stints with groups and ensembles resulted in participation on more than 70 recordings to date. In 2001, he joined the rock band Wilco. Since joining as drummer/percussionist, Wilco's accomplishments include the gold-selling album Yankee Hotel Foxtrot and the Grammy-winning A ghost is born.

Beyond Wilco, Kotche is also one-third of experimental rock trio, Loose Fur, along with Wilco band mate Jeff Tweedy and post-classical composer/producer Jim O'Rourke, which released their self-titled album in 2003. He is half of jazz, experimental duo, On Fillmore, with bassist Darin Gray. Their latest recording, Sleeps with Fishes, landed them at the prestigious 2005 Percussion Pan Festival in Brazil.

Kotche has released two previous solo works, Introducing and Next. His third solo effort, “Mobile”, will be released in early 2006, on Nonesuch Records. 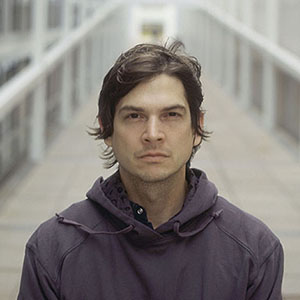