Henryk Mikolaj Górecki's early output saw him as a leading composer of the Polish avant-garde in the 1950s. He reached a worldwide audience thanks to the success of a 1992 Nonesuch recording of his Symphony No.3, "Symphony of Sorrowful Songs," featuring Dawn Upshaw and the London Sinfonietta, which sold more than a million copies and climbed to the top of the classical music charts in the US and the UK. Górecki wrote three major string quartets, Already it is Dusk, Quasi una fantasia, and ...songs are sung, for Kronos Quartet. His death in 2010, at the age of 76, left an incomplete Symphony No. 4.

Henryk Mikolaj Górecki passed away on November 12, 2010, in Katowice, Poland, after a long illness. He was 76 years old.

Górecki’s early output saw him as a leading composer of the Polish avant-garde in the 1950s, and he reached a worldwide audience in the 1990s thanks to the success of his Symphony No.3, “Symphony of Sorrowful Songs.” The work was composed in 1976, and was at that time shocking in its tonality and simplicity, but it was with the release of the 1992 Nonesuch recording of the piece, featuring Dawn Upshaw and the London Sinfonietta, that its elegiac power attracted international attention, selling more than a million copies and climbing to the top of the classical music charts in both the US and the UK. It also reached number six on the mainstream UK album chart.

As a result of Poland's increasing political emancipation in the late 1980s, Górecki's music traveled more widely and attracted new performers and audiences in the West. This renewed interest led to the composition of three major string quartets, Already it is Dusk (1988), Quasi una fantasia (1991), and ...songs are sung (1995), all written for Kronos Quartet. Górecki signed a publishing contract with Boosey & Hawkes in 1988, leading to collaborations with the Kronos and Nonesuch’s recording of Symphony No. 3.

After musical studies in Rybnik and Katowice, Górecki’s compositions first made their mark in the mid-1950s when he found himself at the forefront of the Polish avant-garde at the time of the post-Stalin cultural thaw. His early works show a clear development from the folk-influenced worlds of Szymanowski and Bartók in the Four Preludes for piano (1955) and Songs of Joy and Rhythm (1956) to the modernist techniques of Webern and Boulez in Epitafium (1958) and Symphony No. 1 (1959), both premiered at the Warsaw Autumn Festival. During the 1960s Górecki continued in a radical direction in the Genesis (1962-63) and Muzyczka (1967-70) cycles of works, whilst paring down his compositional material and exploring the folk music traditions of his beloved Tatra region in such works as Three Pieces in Old Style (1963) and Muzyka staropolska (Old Polish Music) (1967-69).

The simple yet monumental style for which Górecki is today renowned became fully established in the 1970s with such works as Symphony No. 2, “Copernican” (1972), the much lauded Symphony No. 3, “Symphony of Sorrowful Songs” (1976), and the large-scale Psalm setting for chorus and orchestra Beatus Vir (1979). With his withdrawal from public life due to political and health pressures, the early ‘80s saw Górecki concentrating on choral settings and chamber music, including Miserere (1981) and his trio Recitatives and Ariosos 'Lerchenmusik' (1984-85).

Górecki's most noted compositions of recent decades included Concerto-Cantata (1992) for flute and orchestra, Kleines Requiem für eine Polka (1993) recorded by the London Sinfonietta on Nonesuch, and Salve, Sidus Polonorum (1997-2000) for chorus, percussion, and keyboards, and Lobgesang (2000).

His music is performed throughout the world including Górecki features at numerous international festivals and many dance pieces choreographed to his music, in addition to the Nonesuch recordings.

Górecki's death leaves an incomplete Symphony No. 4, commissioned by the London Philharmonic Orchestra and Southbank Centre in London, The Los Angeles Philharmonic Association, and the ZaterdagMatinee, Dutch radio's classical music concert series in the Amsterdam Concertgebouw 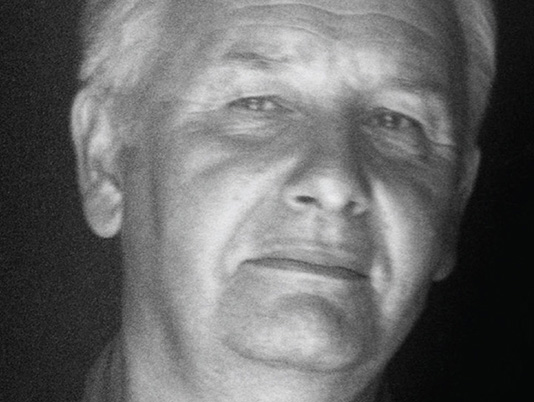