Although currently residing in Connecticut, Ingram Marshall spent much of his earlier creative life on the West Coast. He lived and worked in the San Francisco Bay area from 1973 to 1985, and in Washington State until 1989. It was graduate study at the newly formed California Institute of the Arts that led him to California in 1970. Previously he had studied at Lake Forest College and Columbia University. His interest in Indonesian music led him to travel to Bali and Java in 1971 where he studied gamelan music. Over the next few years he further cultivated his interest in this music and continued his experimental work in electronic music. Certain characteristics of his music, such as a slowed-down sense of time and use of melodic repetition, can be traced to his study of Indonesian music. This applies to earlier works such as Fog Tropes and Gradual Requiem as well as more recent works such as Alcatraz, Penitential Visions (both electronic), Sinfonia Dolce far Niente (orchestral), Savage Altars (choral and tape) and Dark Waters (tape and English Horn). Perhaps his best-known work, and certainly most often performed, is Fog Tropes for brass sextet and tape which dreamily evokes the foggy marinescape of San Francisco Bay.
Marshall has performed his own music widely in the USA and Europe, concentrating on live-electronic works such as Fragility Cycles, Gradual Requiem, Alcatraz and Eberbach, the last two being collaborations with photographer Jim Bengston. Increasingly, his ensemble music has been performed and commissioned by a variety of performing organizations ranging from symphony orchestras ( St. Louis, San Francisco, Los Angeles, Minnesota, Pittsburgh and The American Composers Orchestra) to chamber groups (Kronos Quartet, San Francisco Contemporary Music Players, Steve Reich and Musicians, St. Paul Chamber Orchestra).

Awards, grants and commissions have come from the Rockefeller Foundation, the National Endowment for the Arts, Fromm Foundation, California Arts Council, the Washington State Arts Commission, Connecticut Commission on the Arts, the Aaron Copland Fund, and the American Academy of Arts and Letters, who honored him with the academy award in music, citing Marshall as “a composer with his own voice. The amalgam of influences on that voice includes Sibelius, Indonesian music, Eastern European folk song, electronics, and most recently, American hymns. The resulting music seamlessly and gracefully combines all these sources into a generally reflective and increasingly elegiac music that is often extremely moving. His recent Kingdom Come, for orchestra and tape, combines many of these sources into a remarkably beautiful work.” In 1999 he received a John Simon Guggenheim Foundation Fellowship, and an honorary degree (Doctor of Fine Arts) from his alma mater, Lake Forest College.

Since 1992 he Marshall collaborated with two choreographers, Paula Josa Jones and Stuart Pimsler. With Pimsler he created Hymn of Two Embraces for dancers and string quartet, which was premiered at the Kennedy Center in Washington DC. Paul Hillier's "Theater of Voices," recently commissioned Hymnodic Delays, based on early American hymns, and The American Composer’s Orchestra commissioned him to write Kingdom Come for their 97-98 season at Carnegie Hall. A recording of Kingdom Come was released on Nonesuch in July, along with Hymnodic Delays, and Fog Tropes II.

Marshall was Visiting Professor at the Institute for Studies in American Music, Brooklyn College in 1990, and he has guest taught composition at The Yale School of Music, The Hartt School of Music and the San Francisco Conservatory. He has been on the faculties of The Evergreen State College in Washington and California Institute of the Arts. His music has been recorded on the Nonesuch, IBU and New Albion record labels. His most recent recording on New Albion is Dark Waters, which includes that work and a new work for Oboe d'Amore and electronic processing, Holy Ghosts. New World Records recently released IKON, an anthology of his earlier tape and text-sound compositions. 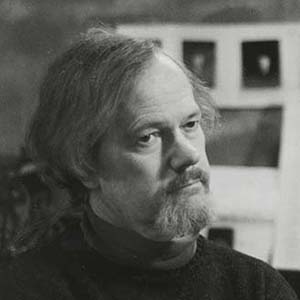