Isabel Bayrakdarian burst onto the international opera scene after winning first prize in the 2000 Operalia competition founded by Plácido Domingo.  Since then she has performed in many of the world's major opera houses, most recently endearing herself to London’s audiences in her Royal Opera House debut as Susanna in Mozart’s Nozze di Figaro. The young Armenian-Canadian is admired as much for her stunning stage presence as for her exceptional musicality and has followed a career path completely her own. Her most famous roles are in Mozart operas, which she sang throughout the composer’s 250th birthday year: Susanna, Zerlina in Don Giovanni, and Pamina in The Magic Flute have been her calling cards, along with Marzelline in Fidelio, Adina in L'elisir d'amore and Rosina in The Barber of Seville. Bayrakdarian also sang Euridice in Gluck’s Orfeo to signature success at Lyric Opera of Chicago—and Cleopatra (Giulio Cesare), Romilda (Xerxes), and Emilia (Flavio) demonstrate her skills as a Handelian.

Bayrakdarian has been applauded for opera performances in Chicago, Dresden, London, Milan, New York, Paris, Salzburg, San Francisco, and Toronto and is renowned as well for her work in such remoter operas of the repertory as Berlioz’s Benvenuto Cellini and Bolcom’s A View from the Bridge, in which she made her Metropolitan Opera debut.

Bayrakdarian, often partnered by her husband, Serouj Kradjian, has also triumphed in recital at New York’s Carnegie Hall, in Atlanta, Berkeley, Boston, Edmonton, Ottawa, San Francisco, Toronto, Vancouver, and elsewhere. They have toured Canada together and performed at New York’s newest recital space—the Gilder Lehrman hall in the Morgan Library—and in Palm Beach, Toronto, Savannah, and Tokyo. Continuing her passion for a wide ranging repertoire, Bayrakdarian presented her first evening of tangos in a concert at Toronto’s new Four Seasons Centre for the Performing Arts and participated in the world premiere performances of Jake Heggie and Gene Sheer’s one-act opera To Hell and Back. Her co-star in To Hell and Back was Broadway star Patti LuPone, accompanied by San Francisco’s Philharmonia Baroque Orchestra, under its music director Nicholas McGegan.

Concertizing with orchestras in San Francisco, Chicago, Pittsburgh, Minnesota, and at home in Canada with the Toronto and Montreal Symphonies,  Tafelmusik, Les Violons du Roy, the National Arts Centre Orchestra, and other major Canadian performing organizations, Bayrakdarian has performed with numerous groups in Europe as well.

Isabel Bayrakdarian has received many grants and other awards in addition to the first prize in the Operalia: three Juno awards, the Queen Elizabeth II Golden Jubilee Medal, the 2005 Virginia Parker Prize from the Canada Council for the Arts, the Leonie Rysanek Award from the George London Foundation, and a Metropolitan Opera National Council Award in 1997.

Born in Lebanon of proud Armenian heritage, and a loyal citizen of Canada, Isabel Bayrakdarian moved with her family to Toronto as a teenager.  Her earliest singing experience was at church, which remains—along with her family—the central focus of her life. She is the subject of a CBC-TV film, entitled A Long Journey Home, that documents her first trip to Armenia. She holds an honors degree in Biomedical Engineering from the University of Toronto. 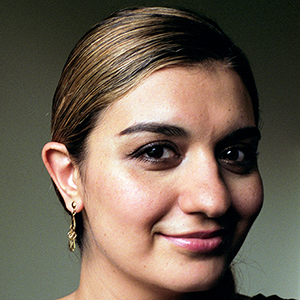