On Mozart Piano Concertos, Jeremy Denk is joined by The Saint Paul Chamber Orchestra for two Mozart concertos—No. 25 in C Major, K. 503, and No. 20 in D Minor, K. 466—bookending the composer's solo Rondo in A Minor, K. 511. "Denk approaches everything with questing intelligence and energy," says the Observer. "His ornaments and cadenzas are full of wit and imagination, his ear for detail incisive and bracing. The excellent Saint Paul players match his variety and range of expression. As ever, Denk’s probing liner notes shed light, making an already engrossing album more than worth the purchase.”

Jeremy Denk’s Mozart Piano Concertos will be released September 17, 2021, on Nonesuch Records. Denk is joined by The Saint Paul Chamber Orchestra for two Mozart concertos—No. 25 in C Major, K. 503 and No. 20 in D minor, K. 466—bookending the composer’s solo Rondo in A minor, K. 511.

Denk says of K. 503 in his liner note: “As I write these words … the world as it used to be has vanished, a pandemic world has settled in, and—as we keep telling ourselves—we have to live with uncertainty. Which has always seemed to me one of the key messages of this great concerto, so different from the rest, and so full of the love of its creator.

“503 has very few tunes,” he continues “This may explain why it is not one of the most popular of his concertos … You feel that Mozart is instructing you to listen more deeply, away from ornament, behind the frills, to realize that music is more than an assembly of charming and diverting tunes, to think about ideas beneath the surface, forces and principles.

“The D minor Concerto is a far more famous and popular piece than 503, partly because it is what it promises to be. If 503 proposes grand, certain chords and then undermines them, 466 takes the opposite approach: it starts from a distilled unease which accumulates into chords and statements, outbursts of anger. A purer tragedy—and a clearer narrative,” he says.

Denk says of Mozart’s Rondo in A minor, K. 511, “Mozart wrote so many sad songs in his short life: laments of ardent young tenors, of innocent maids, of jilted Countesses, sorrows across the human spectrum, across class and age and mindset, giving voice to regrets vast and small. But in this case I’d argue he does something different—a piece about the nature of melancholy, a sadness (if you like) about sadness.”

Jeremy Denk is one of America’s foremost pianists. Winner of a MacArthur “Genius” Fellowship, and the Avery Fisher Prize, Denk was recently elected to the American Academy of Arts and Sciences. Denk returns frequently to Carnegie Hall and in recent seasons has appeared with the Chicago Symphony, New York Philharmonic, Los Angeles Philharmonic, San Francisco Symphony, and Cleveland Orchestra, as well as on tour with Academy of St Martin in the Fields, and at the Royal Albert Hall as part of the BBC Proms. He is a frequent collaborator with The Saint Paul Chamber Orchestra, serving as an SPCO Artistic Partner since 2014, and has led the orchestra from the piano in unconducted performances of a broad range of works, including concertos by Schumann, Beethoven, Mozart, and Bach, as well as chamber music by Ligeti, Ives, Janáček, and Bartók.

In 2019-20, until the COVID-19 pandemic led to the shutdown of all performances, Denk toured Bach’s Well-Tempered Klavier Book 1 extensively, and was to have performances culminate with Lincoln Center in New York and the Barbican in London. He returned to Carnegie Hall to perform Beethoven’s Choral Fantasy with Orchestra of St. Luke’s, and made his solo debut at the Royal Festival Hall with the London Philharmonic performing Beethoven’s Piano Concerto No. 4. He also made his solo recital debut at the Boulez Saal in Berlin performing works by Bach, Ligeti, Berg, and Schumann, and returned to the Piano aux Jacobins Festival in France, as well as London’s Wigmore Hall. Further performances abroad included his debut with the Bournemouth Symphony, his returns to the City of Birmingham Symphony and the Piano Espoo Festival in Finland, and recitals of the complete Ives Violin Sonatas with Stefan Jackiw. Denk’s previous Nonesuch releases include an album of works by Beethoven and Ligeti, a recording of Bach’s Goldberg Variations with accompanying video “liner notes,” and c.1300–c.2000, a two-disc set spanning seven centuries, with pieces by twenty-four composers ranging from Machaut to Ligeti—with Binchois, Gesualdo, Stockhausen, Philip Glass, and many others in between.

Renowned for its artistic excellence, remarkable versatility of musical styles and adventurous programming, The Saint Paul Chamber Orchestra (SPCO) is widely regarded as one of the finest chamber orchestras in the world. Entering its sixty-third season in September, the SPCO is primarily an unconducted ensemble that performs a broad range of repertoire from Baroque to new music and works in close collaboration with a dynamic roster of Artistic Partners who collaborate with the orchestra over multiple weeks each season.

The virtuoso musicians of the SPCO present more than 100 concerts and educational programs in the Minneapolis-Saint Paul metro area each year. The orchestra’s free online Concert Library receives more than 350,000 visits annually and offers both live and on-demand videos of concerts that can be viewed anytime, anywhere, completely free of charge, including several audio and video recordings of performances with Jeremy Denk. Through its partnership with Classical Minnesota Public Radio, the SPCO is regularly heard on public radio programs that reach nearly 850,000 listeners each week on over 250 stations. Additionally, the SPCO has released sixty-seven recordings, including the 2018 Grammy Award-winning recording of Franz Schubert’s Death and the Maiden with violinist and former Artistic Partner Patricia Kopatchinskaja. The SPCO has commissioned 162 new works and tours nationally and internationally, including recent engagements in Europe and New York City, and a prestigious residency with Cal Performances at the University of California, Berkeley. 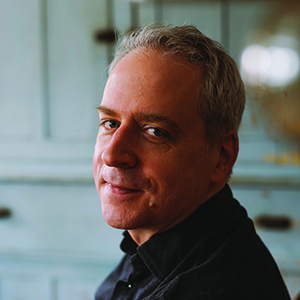 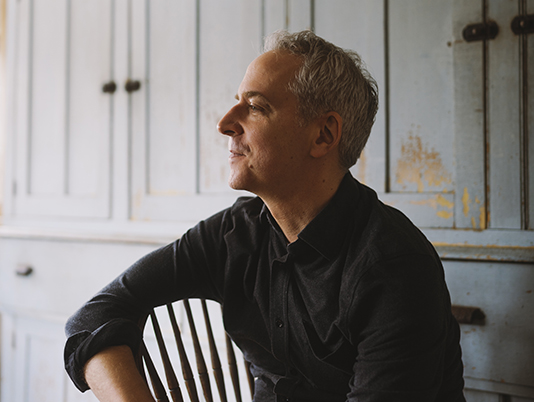