Nonesuch Records released I Still Play, an album comprising eleven new solo piano compositions written by artists who have recorded for the label, on May 22, 2020. The pieces were written in honor of the label's longtime President Bob Hurwitz on the occasion of his 2017 shift into the Chairman Emeritus role after running the label for thirty-two years. I Still Play features works by John Adams, Laurie Anderson, Timo Andres, Louis Andriessen, Donnacha Dennehy, Philip Glass, Nico Muhly, Brad Mehldau, Steve Reich, Pat Metheny, and Randy Newman. The pieces have been recorded by Andres and fellow Nonesuch artist Jeremy Denk, as well as by Mehldau and Newman themselves.

The pieces were first performed at the Brooklyn Academy of Music (BAM) in 2017, at a concert celebrating Hurwitz's tenure at the label. His longtime friend and colleague, current Nonesuch President David Bither, says, "Bob's great friend John Adams deserves credit for the idea at the core of this recording. I enlisted his help in thinking of how we might honor Bob. A few weeks later he suggested that we ask the composers who had worked so closely with Bob to each write him a new piece of music. An honorable suggestion, but with a twist.

"Bob is a pianist and since he was a child has played virtually every day of his life," Bither continues. "He has said many times that this practice has had a profound influence on how he listens to music. John's suggestion was that each composer write something that was not a concert piece but that an accomplished pianist like Bob might play."

Timo Andres, who recorded the majority of the compositions for this record, says in his liner note, "Each of these eleven tributes to Bob Hurwitz was written for an audience of one, on a particular Steinway in a specific Upper West Side living room. Each distills an aspect of its author's voice to a concentrated miniature. The prevailing tone is conversational rather than declamatory, though it's a wide-ranging conversation. Large questions are posed but rarely answered in full." He adds, "If the listener has the odd feeling of having stumbled into an exchange between two friends and missing an inside joke or shared reference here and there—that's not far from the truth." 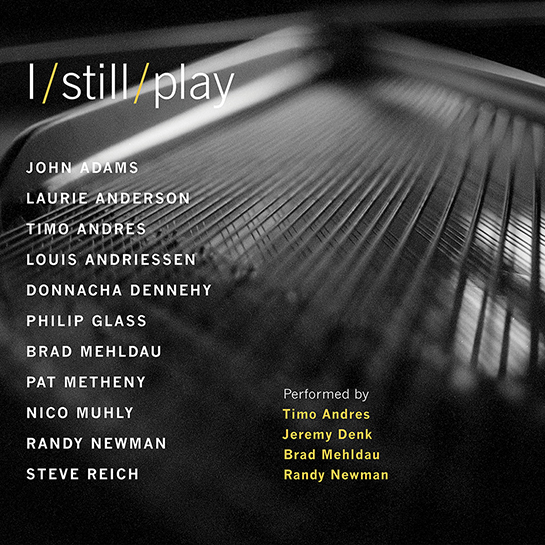