Guitarist Michael Daves was born in 1977 in Atlanta, Georgia, and currently lives in Brooklyn, New York. Heralded as “a leading light of the New York bluegrass scene” by the New York Times, Daves has garnered attention for his work with Steve Martin, Tony Trischka, and Rosanne Cash in addition to his solo performances. He makes his Nonesuch solo debut with the release of Orchids and Violence in 2016, following his previously Nonesuch release, Sleep With One Eye Open, with Chris Thile in 2011.

Nonesuch Records releases Michael Daves's two-album set, Orchids and Violence, on February 26, 2016. Both discs are produced by Daves and have identical track listing of mostly traditional bluegrass songs. The first features straightforward interpretations of them and was recorded live to tape in a 19th-century church by Daves and a band of roots-music innovators: bassist Mike Bub, violinist Brittany Haas, mandolinist Sarah Jarosz, and banjo player and Punch Brother Noam Pikelny. The second disc was recorded in Daves's home studio and includes bass, drums, and electric guitar, mostly played by Daves, and takes a raw, experimental rock approach to the same old-time material. Both discs were mixed by Vance Powell (Jack White, Kings of Leon, Danger Mouse) and have a special guest appearance from Tony Trischka on cello banjo, and Daves's wife Jessi Carter played bass on the electric disc.

The album includes songs by bluegrass pioneers such as Bill Monroe and Ralph Stanley, plus one, "Stargazer," by the band Mother Love Bone. "It started out as a jokey thought," Daves admits, "doing two records, doing the same songs both ways. And then I thought, 'Maybe there is something to it.' I started getting excited by the creative challenge of having the two records relate to one another, two records that could also stand on their own."

He continues, "One of the things I love about bluegrass music is the tension between innovation and tradition. When bluegrass came together, it was a fabrication of a variety of influences in American music yet it quickly became something people assume has been around forever. With this project, I can respect and honor the traditional aspects of that but also reflect on the innovative nature of bluegrass music when it was being created, when it was new.

"In the early conceptions of the electric record, I was thinking about it as something of a grunge record, but as it developed it became something pretty different," Daves says. "Those sounds that were happening in the early nineties were part of my discovering music, what I was absorbing as I was going out on my own as a guitarist and having my own bands. But when I got into making the record it was much more about the fun of exploring new sounds than reconnecting with some musical past. The album followed a period where I hadn't been playing much electric music, so plugging in felt pretty fresh, like discovering something new."

Daves has long made his living as an in-demand guitar teacher while playing at small venues like Rockwood Music Hall on the Lower East Side. He previously recorded bluegrass standards on Sleep with One Eye Open, his Nonesuch debut, a duo session with mandolinist Chris Thile (Punch Brothers, Nickel Creek) that earned the pair a 2011 Grammy nomination. In addition to working with Thile, he has also performed and recorded with Steve Martin, Tony Trischka, and Roseanne Cash. Although he is best known as a roots musician, and was reared on bluegrass music during his childhood in Atlanta, he gravitated toward experimental music and jazz while studying at Hampshire College in Massachusetts. Relocating to Brooklyn more than a decade ago, Daves began to crave the social interaction and musical challenges of bluegrass: "In Western Massachusetts, I was mostly doing jazz. By the time I moved to New York, I was ready to leave that behind, get back to my personal roots in bluegrass music. There were good jam sessions in New York and I was excited to reenter a regular jamming culture in the city. And I was getting back into rock music, too. The Brooklyn scene in 2003 and 2004 was pretty fertile. There was a lot of great, kind of raw, experimental rock music happening at that time, drawing me in, scratching an itch." 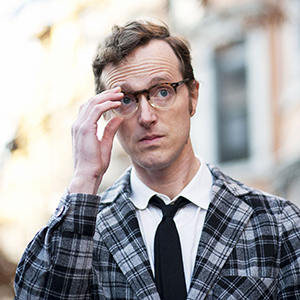 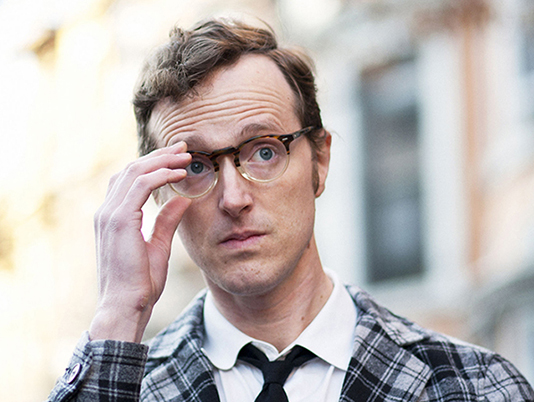