I Love a Love Song!, the second album from Rachael & Vilray—Lake Street Dive singer/songwriter Rachael Price and composer, singer, and guitarist Vilray—features eleven new songs written by Vilray plus the 1930s classic "Goodnight My Love" written by Mack Gordon and Harry Revel. The album was produced, engineered, and mixed by Dan Knobler and features arrangements from Jacob Zimmerman. Rachael & Vilray’s music’s “easy-swinging mini-big-band arrangement is as cozy as it is sophisticated,” says the New York Times.

Recorded at United Recording in Los Angeles, CA, the twelve-track album was produced, engineered and mixed by Dan Knobler and features arrangements from Jacob Zimmerman. All songs were written by Vilray except for the 1930’s classic “Goodnight My Love,” which was written by Mack Gordon and Harry Revel.

Of “Is a Good Man Real?,” Vilray says, “Like ‘The Lady Is a Tramp’ (1937), which implies unsaid volumes about high society scolds, describing normal activities then dismissing them snootily, the song is a portrait of the singer’s life drawn in negative space. Rachael sings about decidedly ordinary courtesies and wonders tartly if the man exists who can offer them to her—and we glean much about the awful men she’s been dating without her mentioning them.”

Their previously released album track, “Just Me This Year,” which speaks on the pleasures of spending the winter holidays alone after a welcomed romantic breakup, can be streamed here as well.

Rachael Price and Vilray began performing together in 2015, although they first met in 2003 as students at the New England Conservatory of Music. Vilray formed a couple of bands with Price’s soon-to-be bandmates in Lake Street Dive—Price recalls he had a nimble mind and quick wit when it came to lyrics. It was more than a decade later that Price and Vilray began to collaborate. She had been on the road much of each year with Lake Street Dive and he had been developing his own solo act, just voice and guitar.

In 2019, Rachael & Vilray released their self-titled debut album via Nonesuch Records to critical praise; NPR said, “She can sing anything; he can play anything … Tin Pan Alley meets the Lower East Side in a smoky bar, in songs with a twist of humor.” In addition, the duo performed two songs from their debut—“At Your Mother’s House” and “Do Friends Fall in Love”—on The Late Show with Stephen Colbert. 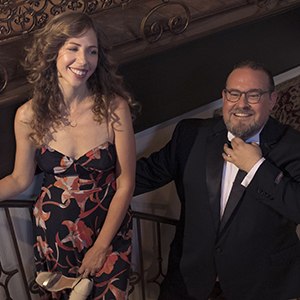 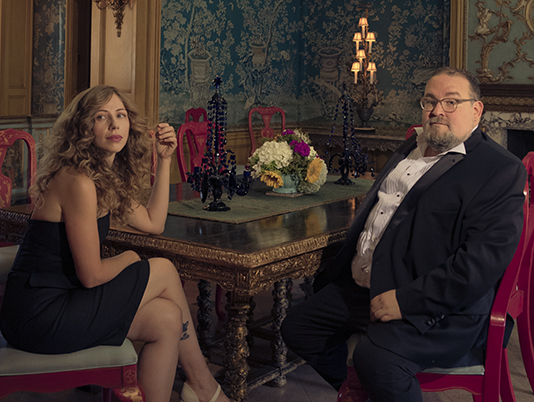