“Robin Holcomb has created a new American regionalism, spun from many threads--country, rock, minimalism, Civil War songs, Baptist hymns, Appalachian folk tunes, even the polytonal music of Charles Ives. The music that results is as elegantly simple as a Shaker Quilt, and no less beautiful.”
The New York Times

Robin Holcomb’s perspective on her art has been forged by rich and varied musical experiences, from her development of an individual solo piano style to her work with chamber ensembles, Indonesian gamelans, improvising orchestras and musical theater. Having lived in the deep South, on the West Coast and in New York City, her surroundings have also played a key role in her musical development. Equally influenced by popular, folk, contemporary classical and avant-garde music, Holcomb is the rare artist who synthesizes all of these seemingly disparate elements into something truly her own.

Other current projects include writing for the Bebe Miller Dance Company and the Joe Goode Performance Group. Her song “Deliver Me” was recently used as part of the Paul Taylor Dance Company’s performance of “Oz”.

Holcomb’s most recent Nonesuch release, Little Three (1996), primarily an instrumental album showcasing her spare compositional style, was called “sensitive, descriptive, adventuresome and full of soul” by The Washington Post. Holcomb’s Nonesuch releases to date have made her a favorite among the music press. Her work has been called “remarkable” (CMJ), “stunning” (Option), “entrancing” (Billboard), and “an essential respite from the raft of female singer/songwriters currently clogging record stores” (Philadelphia Inquirer).

During the 1980s, as a writer and pianist in New York’s experimental music scene, she co-founded Studio Henry, a performance outlet where she gave poetry readings and concerts. Two Sound Aspects recordings from the 1980s (“Larks They Crazy” and “Todos Santos”) feature her instrumental writing, and two more recent recordings on New World include big band works written for the ensemble the New York Composers Orchestra, which she co-founded with Wayne Horvitz, to whom she is married.

It was in her musical theater work, “Angels at the Four Corners,” that the seeds for Holcomb’s debut as a singer/songwriter were sown. Premiered in 1989 as part of New Music America, it combined storytelling with song, and Holcomb shared in the singing. Some of this material was included on her 1990 self-titled Nonesuch debut album, which received critical praise and a spot on the 1991 “Pazz & Jop Poll” of the Village Voice, which called Holcomb’s work “as literate as singer-songwriting gets.”

With interests in folk music that emerged during her childhood in Georgia and the mountains of California, Holcomb expanded her musical vocabulary studying ethnomusicology and composition at U.C. Santa Cruz. Her musical influences, ranging from Randy Newman to The Band to Cecil Taylor to the Art Ensemble of Chicago, and the Appalachian flavor of some of her work also comes from her stint as a sharecropper in rural North Carolina. The artists she has collaborated with recently, ranging from from guitarists Peter Holsapple (dBs, REM) and Bill Frisell to Gospel vocalist Jevetta Steele and saxophonist Doug Wieselman, reflect her ability to blend musical genres, fluidly incorporating both classical, jazz, and folk styles. The resulting rhythmic and melodic quality of Holcomb’s music is at once ethereal, literate and evocative. 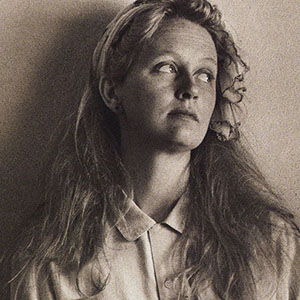