Sara Watkins concluded her gently self-assured 2009 Nonesuch debut with a wistful, self-penned ballad, “Where Will You Be?,” about the slow fade of a romance. With Watkins standing on the brink of a solo career, the question in the song title took on significance well beyond its lyrics, though: it marked the end of an album and the jumping-off point for a whole new life. Watkins had spent most of her younger years, nearly two decades, as singer and fiddle player for the Grammy Award–winning, bluegrass-folk hybrid Nickel Creek, a trio she’d started performing in when she was a mere eight years old, alongside her guitarist brother Sean and mandolinist Chris Thile. Now, for the first time, she was stepping away from that marquee name, alone. Watkins may have felt trepidatious, but, as old fans and new listeners could attest, the transition felt effortless, natural. As the BBC put it, “Watkins’ time in the spotlight is a triumph with her agile playing and the kind of voice that gives your goose bumps the shivers.”

After two formative years on the road fronting her own band—making stops at such events as the Telluride Bluegrass Festival, the Newport Folk Festival, and Glasgow’s Celtic Connection along the way—Watkins returned to Los Angeles to record her second Nonesuch disc. Produced by guitarist, songwriter, and Simon Dawes co-founder Blake Mills, Sun Midnight Sun offers both sweetness and a certain swagger; it has an appealingly rough-hewn quality. There’s a bracing rawness to her rendition of “When It Pleases You,” a song she nicked from composer Dan Wilson, co-writer of Adele’s recent hits, and an equally fiery back and forth between Watkins and guest vocalist Fiona Apple on a surprisingly dark-around-the-edges reimagining of the Everly Brothers’ staple, “You’re the One I Love.” The album title suggests the daily passage of time or, perhaps more to the point, the transition from light to dark and back again, much like the moods of the disc itself. Watkins brackets the album with two of her most upbeat tunes, opening with “The Foothills,” a fast-paced, Celtic-flavored fiddle number co written with Mills, and closing with her own “Take up Your Spade,” a hopeful, part-sing-along/part prayer that could have been taken from a Carter Family songbook. Homey backing vocals come courtesy of Apple and another old friend, Jackson Browne. At the heart of the disc, though, are affectingly plaintive numbers like “Be There” and the waltz-tempo-ed “Impossible,” in which Watkins’ lovely fiddle line echoes the heartbreak in her voice.

Though Sun Midnight Sun sounds more off-the-cuff in execution than Watkins’ debut, the production is actually a more traditionally multi-layered effort. On Sara Watkins, producer John Paul Jones, the former Led Zepplin bassist and formidable song arranger, led Watkins and a stellar group of L.A. backing musicians in extensive rehearsals before capturing live-in-the-studio takes of all the material, with very little overdubbing or edits. This time, Watkins built the tracks around a core trio consisting of herself, multi-instrumentalist Mills, and her brother Sean, with whom she has been co-hosting the Watkins Family Hour for the last nine years at L.A.’s eclectic club Largo whenever the pair is in town. It was at Largo, in fact, that keyboardist and frequent Family Hour guest Benmont Tench of Tom Petty and the Heartbreakers introduced Watkins to Mills, who had previously worked as sideman/muse to such artists as Jenny Lewis, Julian Casablancas, Jeff Bridges, Delta Spirit, and Nora Jones.

Says Watkins says of Mills, “He sat in on the Watkins Family Hour and it was really fun to play with him. He added to every scenario. I loved his songwriting and his taste in songs, and he’s especially thoughtful in the way he backs up singers. We were at Largo and, after doing some show in the little room there, I asked him if he would produce a few songs and he agreed. After that I just thought, screw it, let’s do the whole record—and we did.”

Mills’ former band was the precursor to the increasingly popular Dawes, and that current combo’s lead singer Taylor Goldsmith guests on a cover of Willie Nelson’s “I’m A Memory.” Mills was better known as a musician than a producer when Watkins approached him, but her instincts paid off. He became her ideal utility player, serving as arranger, co-writer, fellow song-selector, and sounding board. Explains Watkins, “I wanted the record to be based around my brother’s guitar playing and whatever instruments Blake would play, and whatever I could play and sing. And that’s how we approached these songs. Before we’d record them, we would sit down in a circle, re-examine the chord changes and the feel, look at them in a new way, rearrange them. I knew I wanted our playing to be the foundation of the songs rather than, say, a drum track. I wanted the drumming to fit around the guitar parts. Sometimes we’d start with Sean and Blake in one room; other times we would layer it instrument by instrument, overdubbing it all. I hadn’t done that in a long time, but it seemed to make sense for this record.”

Watkins took a decidedly counter-intuitive approach to the manner in which she prepared herself to go back into recording mode. While many an artist might like to be sequestered in a solitary place, to think or write and never see a soul, Watkins decided to hit the road again, albeit as violinist for the Decemberists. At that point, she admits, “I didn’t know what to do for the next record because I had been touring on my own and that had been all-consuming. I had never been a side man before, but it was perfect timing because I could tour and work and have a little bit of income but not have any other responsibilities than playing on stage. I didn’t have to drive myself to the next gig. I didn’t have to deal with any tour-managing logistics. I would basically be babysat for six months and play with a great band. I took them up on their offer and it turned out to be really relaxing. I got to catch up on reading, listen to other people’s records, and recuperate a little bit. I also finished up songs that I had started and began to figure out what I wanted to do next.”

Of course, Watkins has never been a stranger to hard work. In addition to her own gigs and her ongoing Largo residency, she has been one of the most frequent guest artists on American Public Media’s A Prairie Home Companion. Not only that, but Garrison Keillor offered Watkins the unprecedented opportunity to host an entire show, the first time he’d entrusted another artist with his job. As Keillor put it, “For once in my life, I want to stand in the back of the hall and watch for a few minutes. And Sara is a smart and funny and hugely gifted young woman.” She and brother Sean also found time to schedule some dates with the Blind Boys of Alabama and join Lyle Lovett in an interpretation, with music, of Much Ado About Nothing at L.A.’s Shakespeare Center.

Sun Midnight Sun displays the confidence and self-awareness that Watkins has acquired during her many travels. As she reflects, “The last Nickel Creek show was in the fall of 2007. It’s been a little over four years now and it seems like another lifetime in a lot of ways. It felt like a steep learning curve sometimes, but I experienced a lot of pride of ownership for the shows and for the songs and for just being a musician because I was having to work for it in a different way than I had in a long time—or ever had to do, really.” Watkins continues, “I was at an age where it felt appropriate to stand behind my musical, creative, and logistical choices, to do it on my own. I’d grown up a band that was a team and we made decisions together. I felt like I’d been protected from having to make my own decisions for a little bit longer than a lot of people. I found it really satisfying to be on my own. Whatever I did, whether it worked or not, it was mine, and that was a good feeling. ” 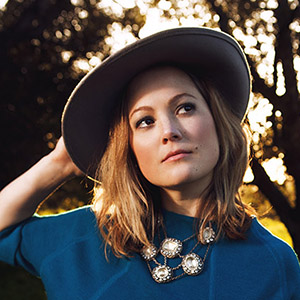