“What makes Mr. Horvitz's music so good is its ingenuity and variety of textures ... [O]ne gets surging planes of sound and viscerally involving rhythms, and of that kind of music Mr. Horvitz is some kind of master.” —New York Times

As a composer, pianist and keyboardist, Wayne Horvitz has written for theater, dance and film, and has participated—often concurrently—in a number of ensembles that reflect his wide ranging fascination with sometimes disparate musical formats. From rhythm-and-blues to free jazz, from classical minimalism to urban noise, his interest is in building bridges and exploring possibilities; his goal is a single, cohesive personal statement.

While resisting the label “eclectic,” Horvitz clarifies his motivation:

My music is not about great innovation, conceptual leaps, genre slashing or revolution as much as it is about a well-placed harmony, an irresistible rhythm or melody that might change the heart. That Charlie Parker transformed the face of jazz is no more important to me than that Lester Young had a tone that could make your knees weak. The fact that I have been placed in the camp of the “avant-garde,” the “post-modern,” or what have you is only a reflection of the conventional wisdom, and not any of my doing. If my work is innovative, it is only because it is personal. What I aspire to is the same as what I look for in other music—to want to hear that tune one more time, to try and find out what makes it tick, to get close enough to realize the rest is a mystery.

Horvitz’s credentials as a composer have been recognized in commissions by the Kitchen, Kronos Quartet, the Brooklyn Academy of Music, New World Records, the Western Front and Earshot Jazz for the International Creative Music Orchestra, in addition to work commissioned for CSC Repertory’s productions of Ezra Pound’s Elektra (1987) and of the American premiere of Harold Pinter’s Mountain Language (1989). In 1992, both Mikhail Baryshnikov and Paul Taylor lent choreography to ten Horvitz tunes for ballet premieres in Paris and New York.

As a record producer, Horvitz has worked with Bill Frisell, Robin Holcomb, Butch Morris, and Peter Apfelbaum and the Hieroglyphics Ensemble in addition to work with his own ensembles—the New York Composers Orchestra, a new-music big band; the Horvitz-Morris-Previte Trio; John Zorn’s Naked City; and The President. 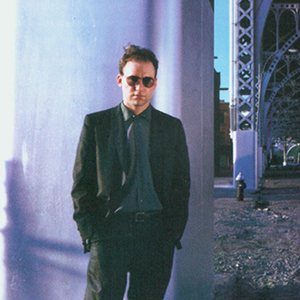