With keyboardist Wayne Horvitz, multi-instrumentalist Greg Leisz, and the rhythm section of Viktor Krauss (bass) and Jim Keltner (drums), Frisell “devotes himself to building seamless and personal collages of 20th-century Americana,” according to L.A. Weekly. Ry Cooder duets on an ethereal “Shenandoah.”

With the addition of Greg Leisz and Wayne Horvitz and fuller orchestrations than on other recent recordings, Good Dog, Happy Man breaks new ground, blending Frisell’s warmly refined sound with such indigenous musical elements as country, blues, bluegrass, and rock. L.A. Weekly, in reviewing Gone, Just Like a Train, said, “What Frisell has begun to fashion on his latest releases is a sensibility as unmistakably American as that of Charles Ives or Duke Ellington, with the harmonic and tonal complexity of both and a seductive melancholy all his own.” The New York Times called Gone, Just Like a Train Frisell’s “simplest and best recording in years.”

The 11 original tunes on Good Dog, Happy Man celebrate Frisell's emergence as a composer who has created a genre unto himself. As with his preceding two albums, he continues in pursuit of a music that reveals a wide emotional range and that ultimately defies categorization. The one non-original composition on the album, a rendition of the traditional folk song "Shenandoah," is performed here with special guest Ry Cooder and dedicated to the guitarist Johnny Smith. 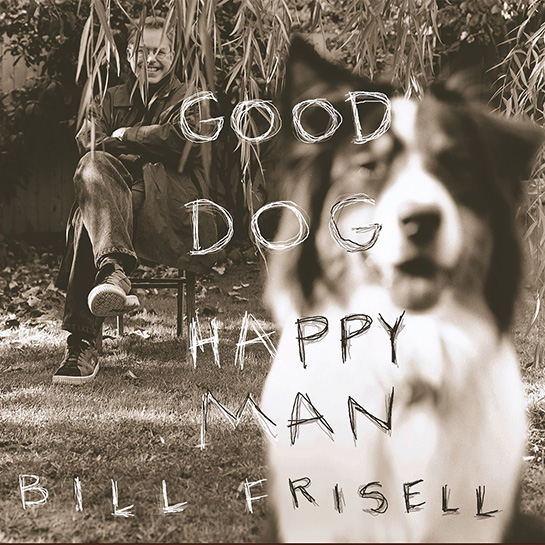