k.d. lang and producer Tracy Young's “Constant Craving (Fashionably Late Remix)” is the first-ever official remix of lang’s 1993 Grammy-winning hit. It follows the May 2021 release of makeover, a new collection of classic dance remixes from the era. "When ‘Constant Craving’ was the single, my team wanted to do a remix of it, and I was feeling protective and said ‘No, I don’t want to touch it," lang recalls. "When we were putting together makeover, we realized we didn’t have a ‘Constant Craving’ remix! And that was why.” Young says: “The song continues to resonate through generations, and it speaks about the struggles of life and the resiliency of the human spirit—an inspirational message that is so needed right now."

k.d. lang and producer Tracy Young released “Constant Craving (Fashionably Late Remix)" on Nonesuch Records on September 17, 2021. The new track—the first ever official remix of lang’s Top 40 hit and winner of the Grammy Award for Best Female Pop Vocal Performance in 1993—follows the release of makeover, a new collection of classic dance remixes of some of lang’s best loved songs, made between 1992 and 2000. Nonesuch Store orders of the album include a paper doll PDF set, designed by a fan—Katja Virtanen of Finland—to print out at home, with iconic looks from throughout her career, including the dolls featured in the video for the new remix, which you can see here:

"I don’t think I initially had a real clear understanding of what remixes were, what they did, or what they were for, even though I spent a lot of time in the clubs,” says lang. “When it came to my own music, I usually felt kind of protective. When ‘Constant Craving’ was the single, my team wanted to do a remix of it, and again, I was feeling protective and said ‘No, I don’t want to touch it.’ Of course, a lot of my music was remixed and did very well. When we were putting together the makeover compilation, we realized we didn’t have a ‘Constant Craving’ remix! And that was why.”

She continues: “I had spent some time in Miami in the early '90s hanging out and actually met Tracy Young in my social circles. When her name came up to do the remix of ‘Constant Craving,’ it was a pleasant surprise to remember that she was a part of my pack, back in the day, so I’m very pleased to have Tracy’s fresh remix!”

Tracy Young says: “Throughout my production career, I’ve always wanted to work with k.d. lang, and to have remixed ‘Constant Craving’ is a true honor. The song continues to resonate through generations, and it speaks about the struggles of life and the resiliency of the human spirit – an inspirational message that is so needed right now. k.d. lang’s distinctive vocals were incredible to work with and it is such a personal honor for me to continue the legacy of this song.”

Released in May, makeover debuted at #1 on the electronic album chart, and includes the #1 dance chart hits “Lifted By Love” and “If I Were You.” The cover art features a previously unseen 1995 portrait of lang by David LaChapelle; the album is available on all formats, including transparent turquoise vinyl. It was followed in June by Orville Peck’s new “Miss Chatelaine (Iron Hoof Remix)” to celebrate Pride Month.

Called “one of the greatest singers of all time,” by Elton John and “the greatest female singer in the whole world” by fellow Canadian Michael Bublé, k.d. lang’s distinguished career includes four Grammy and eight Juno Awards. In addition to a fruitful collaboration with Tony Bennett (who calls her “the best singer of her generation”), lang has performed alongside luminaries including Roy Orbison, Bonnie Raitt, Elton John, and Loretta Lynn. She sang at the closing ceremonies of the 1988 Winter Olympics in Calgary and the opening ceremonies of the 2010 Vancouver Winter Olympics. lang has contributed music to the soundtracks of several films, including Even Cowgirls Get the Blues, Midnight in the Garden of Good and Evil, and Happy Feet. She has also appeared in a number of films, including Salmonberries, The Black Dahlia, and Eye of the Beholder. In 1996, lang received Canada’s highest civilian honor, the Order of Canada.

lang released her first album with Nonesuch Records in 2004, the acclaimed and highly personal “Canadian songbook,” Hymns of the 49th Parallel, featuring work by Joni Mitchell, Leonard Cohen, Neil Young, Jane Siberry, and others. Her subsequent releases on the label include Watershed (2008), her first career retrospective Recollection (2010), and Sing It Loud (2011). Most recently, Nonesuch released Ingénue: 25th Anniversary Edition in 2017, comprising lang’s multi-platinum, Grammy Award–winning original album, as well as the previously unreleased 1993 MTV Unplugged performances. In the words of Uncut magazine, “Ingénue still dazzles, 25 years on. Luminous, languid and seductive to the point of intoxication. This reissue proves its status as a modern classic.” To coincide with the anniversary, lang performed sold-out concerts in Canada, the US, Australia, UK, and Ireland; a DVD of the show, Ingenue Redux: Live from The Majestic Theatre, was released in 2018. “A canny and sumptuous blend of roots music and pre-rock pop, Ingénue sounds as great today as it did upon its release. The songs shimmered with dreamy textures,” wrote the Los Angeles Times. “lang is so good that she is in a class of her own. Wow. Just wow. Most other singers should just give up now,” proclaimed the Daily Telegraph.

Tracy Young is a Grammy Award–winning music producer, remixer, composer, on-air personality and DJ, and owner of the FEROSH record label. A pioneer in the music industry, Young has remixed for a wide range of musical artists, including fourteen songs exclusively for Madonna. Their most historic collaboration is the anthemic "I Rise" (Tracy Young Pride Intro Radio Remix), which won a Grammy at the 62nd Annual Awards. The award marked Young as the first woman to be nominated and to win in the Best Remixed Recording category since its inception in 1998. Young has earned over sixty #1 US Billboard Dance Club Chart hits across dance floors and radio airwaves worldwide. A complete list of collaborations with artists like Cyndi Lauper, Beyoncé, Stevie Nicks, Idina Menzel, Christina Aguilera, Gloria Estefan, Britney Spears, Katy Perry, Demi Lovato, Cher, Shakira, Debbie Gibson, P!nk, Rhianna, Lady Gaga, and more can be found on here. 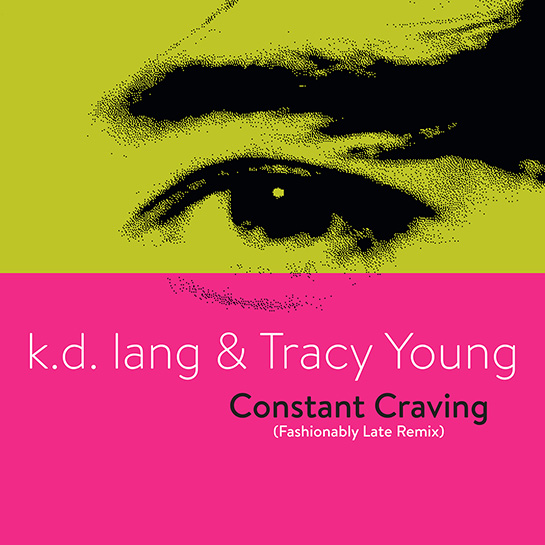